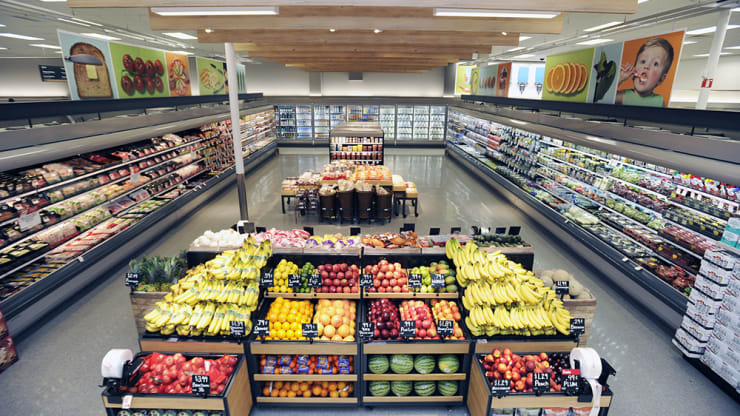 Target, the American retail corporation, which is the 8th-largest retailer in the United States is adding 750 fresh and frozen items, such as fruits, vegetables, and meat products in its grocery list, for same-day order pickup and drive up sales in COVID times.

The retailer is on an expansion spree and will be adding over 400 stores by the end of the month and more than 1,500 stores by the time it is the holiday season. The company had previously planned to add the items to same-day services this year, but that effort has speeded up as daily consumption food items have become a crucial sales driver and customers look for added safety measures while shopping.

Customers can now drive to a nearby store and pick up fresh and frozen grocery items like fruits, vegetables, milk, and bread, without parking the car or browsing aisles.

Target said Thursday that it’s adding hundreds of grocery items to its same-day services as many Americans look for safer ways to shop during COVID times. The company will offer them at over 400 stores by the end of the month and more than 1,500 stores by the holidays, which surmounts to roughly 80% of its 1,871 stores nationwide.

The Chief Operating Officer of Target, John Mulligan said speed and convenience have “become even more critical for our guests searching for easy and safe ways to shop during the pandemic. During a time when even more people are looking for different ways to get the items they need, we’ll continue to invest in making Target the easiest and safest place to shop,” he said in a press release.

During the coronavirus pandemic, Americans have cooked more at home and made lesser trips to stores. While shopping, people are often filling up baskets with food and essentials or using touchless options, such as home grocery delivery or curbside pickup.

The pattern of Shopping at Target has changed during the pandemic, too. Customers were buying more food items and less of apparel wear during the fiscal first quarter, which ended May 2. Food and beverage sales were up by more than 20% and apparel sales dragged down by about 20% in the quarter.

Like other rivals, Target also has seen a surge in online shopping. Digital sales went up by 141% in the first quarter, while same-day services — including its home grocery delivery service Shipt — grew by 278%.

In just a short span of three months when COVID peaked,  customers picked up more units through the retailer’s drive-up service than in all of 2019. he company had weeks in April when its drive-up volume was seven times higher than normal and single days when the volume of order pickup in stores was twice as high as Cyber Monday, the company’s CEO Brian Cornell stated during its first-quarter earnings call.

However, the company’s first-quarter profits were relatively squeezed, as it sold fewer high-margin items and had higher labor costs. Cornell estimated at the time that the company had spent about $500 million on higher wages, employee benefits, and store sanitization, including those that would be paid through July 4.

Target announced in March that it would add fresh food and alcohol to same-day services  Weeks later, it muted the plan and postponed additional store remodels and openings as rising coronavirus cases led to stockpiling.

Target is offering an assortment of adult beverages through a drive up and order pickup at about 90 stores in Florida as part of a pilot. It has already tested the addition of fresh and frozen foods near its headquarters in the Minneapolis area and in Kansas City. The company l expand next in the Midwest and then in other regions, it said in a news release.

Target will compete more directly with Amazon and Walmart and grocers that offer similar services, by bulking up its same-day grocery operations. In the past,  Walmart, the largest grocer in the country, has used groceries as its thrust area for fueling its E-commerce model. Kroger, the country’s largest supermarket chain, has slowed behind with its online grocery efforts, but had a push of 92 % in its first quarter and is building warehouses to fulfill orders with British robotics company Ocado. 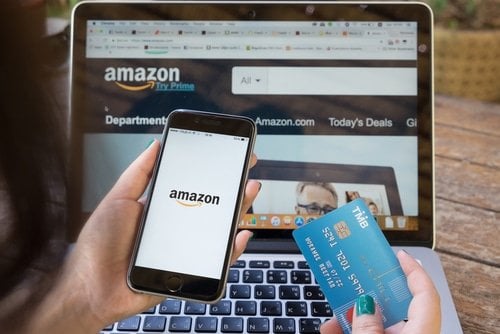 Digital Business And E-Commerce Blooms Because Of COVID-19 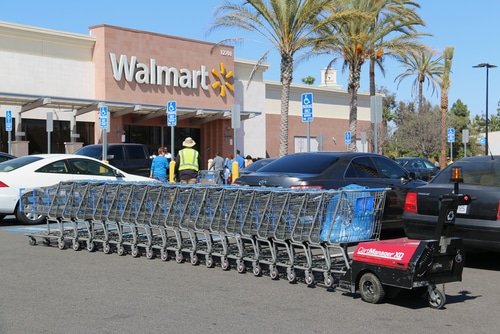 “TikTok for Business” platform for Marketers launched by TikTok