Not content, Amazon hence begins to ship cargo for outside customers, competing with FedEx and UPS 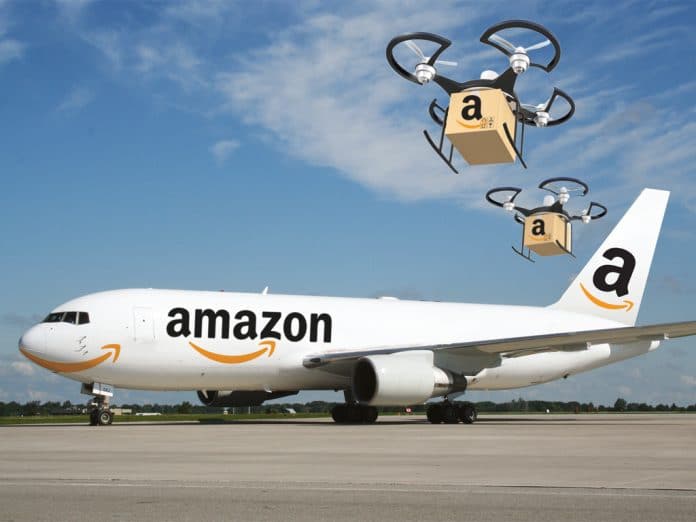 Amazon is reportedly spending a lot to expand and grow its shipping business since it is not satisfied with only delivering products bought on its own site. The company is now moving cargo for outside customers to compete directly with FedEx and UPS.

As per a report, the platform’s first-quarter earnings displayed a hike of 80% in capital expenditures which helped to proliferate the capacity of its logistics network by 50% each year. The retail giant is currently shipping around 75% of its own goods which includes a global transportation network with 400,000 drivers, 40,000 trucks, 30,000 vans, and over 70 planes. Perhaps the biggest investment of Amazon so far is the new $1.5 billion Amazon Air hub that opened in Kentucky in August. Around the same time, Amazon announced it was expanding its same-day delivery service to six new cities, namely Baltimore, Charlotte, Chicago, Detroit, Houston, and Tampa.

“They want to be a new kind of U.S. Postal Service, where everything can get everywhere, but also quickly,” eCommerce consultant Chris McCabe, who was a seller performance investigator at Amazon from 2006 to 2012, told CNBC.

For outside merchants, Amazon offers several shipping services. For instance, in the UK, the platform “logistics as a service” program — a business model which researchers at DePaul University predict will launch in the U.S. in the next 18 months.

But while the company has begun moving cargo for the U.S. Postal Service, one researcher says Amazon won’t try to replicate all the services offered by UPS and FedEx.

“They’re not going to be just this blanket carrier that will deliver whatever package that you want them to, to whatever address,” Dan Romanoff, who analyzes Amazon for Morningstar, told CNBC. “Amazon is sort of cherry-picking their routes. They want to run and sort the parcel sizes they want to deliver.”

In June, UPS had announced that it would try a same-day delivery option, but to date apparently, it is just a pilot project.