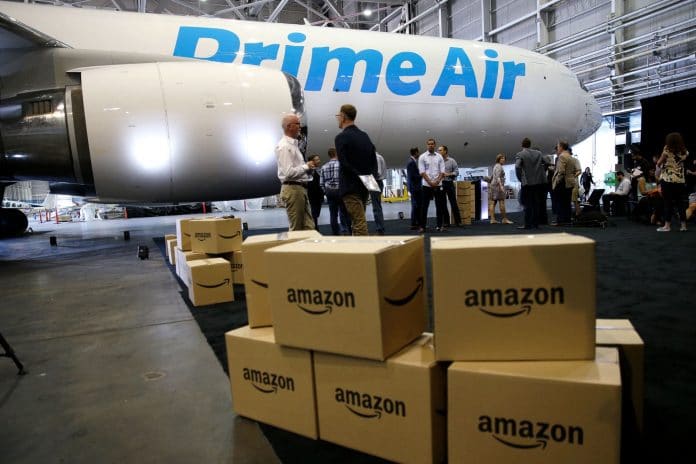 Amazon, America’s e-commerce giant over a couple of years has built an army of warehouses, shipping hubs, delivery vans, and trucks, all this ensuring that it meets its Prime promise of delivering in 2 days or less.

Amazon’s air fleet army consists of 75 planes and is increasingly becoming an important component of the company’s logistics chain. The fleet not only gives greater control over its own packages to the platform but also enables it to serve even faster deliveries. Moreover, the company is indulging in direct competition with logistics specialists like FedEx and UPS. According to analysts, the company is on its way to becoming a “top logistics provider” and it is expected that it could one-day fly packages for other companies, not just items in its own warehouses. The company’s latest air cargo expansion suggests Amazon Air is inclining towards becoming a more serious competitor to traditional carriers.

Amazon Air which operates out of 42 U.S. airports shows signs of a growing footprint which enables it to ship packages and inventory to areas that are just a short truck drive or delivery van route away from a significant chunk of the U.S. population.

Amazon Air’s increasing proximity to consumers is the prime element as Amazon continues to move up delivery speeds from two- to one-day shipping. Amazon constantly pushes to get products to customers at a faster and faster clip has brought with it higher shipping costs. Amazon spent more than $61 billion on shipping in 2020, up from nearly $38 billion the year before.

“Amazon Air’s expanded reach bolstered its ability to rapidly move inventory among its multitude of warehouses and sorting services to make next-day delivery possible for an enormous array of products to much of the U.S. population,” according to the report.

The platform has spent billions of dollars on this mode of transportation to make delivery as fast as possible, but the latest move was when Amazon opened its $1.5 billion “superhub” at the Cincinnati/Northern Kentucky International Airport. It spreads across 600 acres and features an 800,000-square-foot robotic sort center, where packages are sorted by zip code and consolidated into trucks before delivery. The hub could handle up to 200 flights a day.

Interestingly, Amazon flight activity has increased 17% over the past six months to an average of 164 flights per day. The platform is anticipated to grow by another 15% by next year.