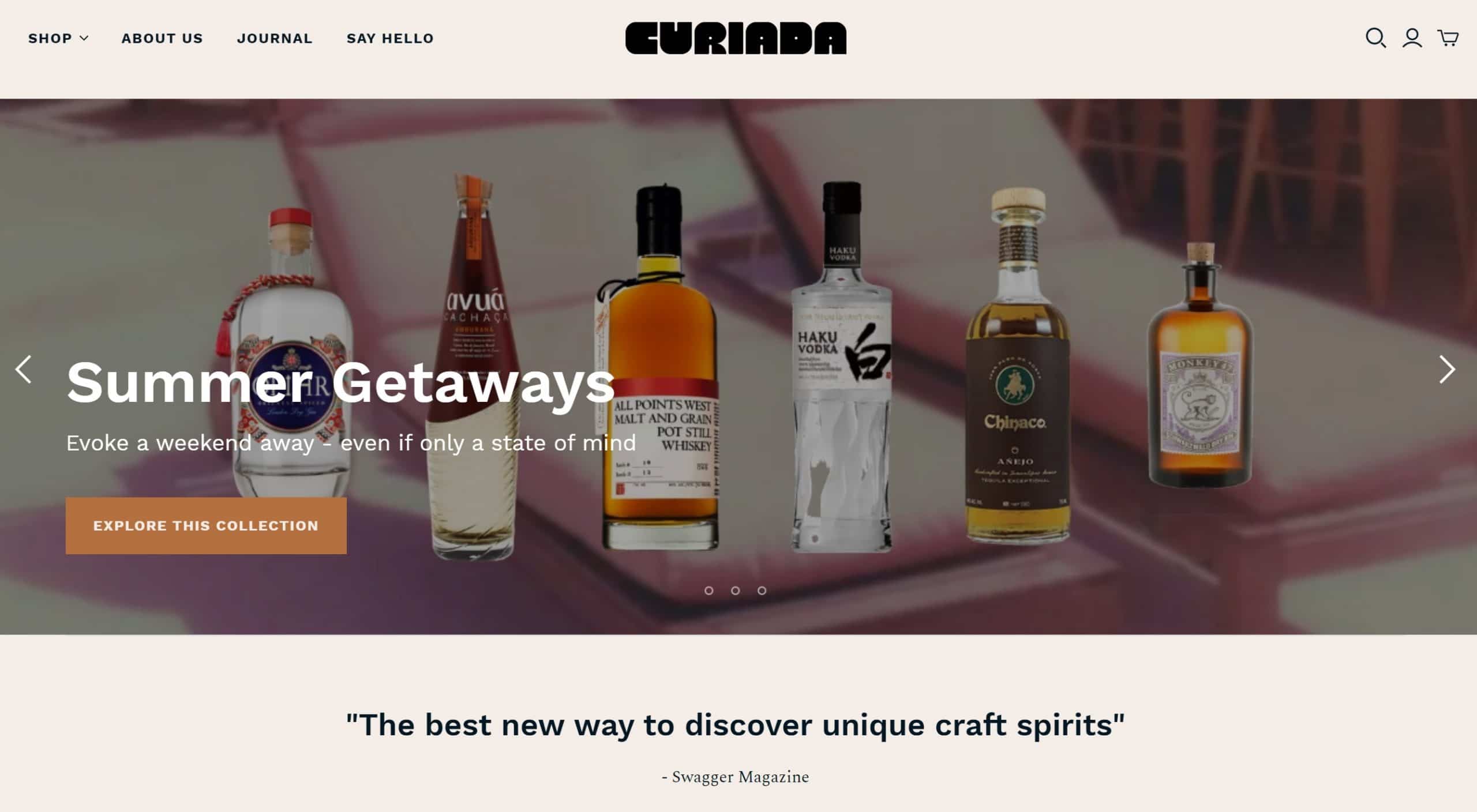 After learning the art of fine dining bar/restaurant trade at  Rosalie’s Cucina in Skaneateles, Joey Robinson went to work for Jimmy Buffet’s fun-loving  Margaritaville chain and now has ventured upon helping people enjoy the sip of rare, high-end spirits.

Joey Robinson, a Skaneateles native who is co-founder of the new rare online spirits retailer Curiada along with his two partners. last month.

This site specializes in rare and exquisite brands most people have never heard of, which includes likes of  All Points West whiskey, Opihr gin, and Chinaco tequila. It also showcases some less common types of spirits, like Brazilian cachaça, Peruvian pisco, and Italian amaro.

Curiada is a Portuguese word that means “curated,” and which also rhymes with the  English word “curious.”Both ideas fit the concept, Curiada is a craft spirits marketplace,” he said. “And yes there are a lot of marketplaces, but we’re focused on unique bottles, hot new craft distillers, and hard-to-find spirits.”

Soon after the Curiada site launched, it got a positive review in Swagger Magzine. an online “men’s luxury lifestyle” publication. The headline was upbeat and said: “The best new way to discover unique craft spirits.”

Robinson, 28, grew up in Skaneateles, where his father, Gary, operated Rosalie’s. “I worked there almost every day,” he said. He went to college in Philadelphia to study food marketing.

Upon returning home, he came in touch with the CEO of the Margaritaville restaurants, who spent the summers on Skaneateles Lake. That further lead to a job in brand marketing for the chain’s restaurants, hotels, and its affiliated beers and spirits.

“That’s where I learned and picked up the tools for digital marketing with an inside view of the drinks industry,” Robinson said. and in June, Robinson, and partners Adam Caplan and Joanna Franchini started up Curiada.

He is the chief marketing officer. Curiada’s current inventory is small, and that’s partly by design.

“A lot of our spirits are things you just can’t find unless you know the supplier,” Robinson said. “And many of them are small and out-of-the-way.”

Among the featured producers, this summer is  All Points West, a distillery in Newark, New Jersey. One of its products is a type of whiskey called pot still, which is common in Ireland but not so much in the United States. Until joining with Curiada, it was available only in the Newark/New York City area

An add on feature of Curiada is its curated collections, meant to fit certain drinking occasions. For the launch, they include Rooftop Aperitifs, Summer Getaways, and Lawn Concert Pitchers.

There are no Upstate New York producers in the lineup yet, but Robinson hopes to add new names to the kitty. He suggested that the Beak & Skiff Apple Orchards’ 1911 Established spirits line, made in LaFayette as a possibility for the future.

As an online-only retail site, Curiada ties up with the producers of the spirits with a network of brick-and-mortar retail outlets. One can buy the liquor from Curiada, but it is delivered via a retailer in your state.

Curiada is now available in 28 states, including New York. It’s working through the intricate maze of state alcohol laws to reach others.

We curate the selections and recommendations for what you’re doing, what you’re mood is,” Robinson said.

Ironically, Curiada seems like the right type of spirits retailer to debut during the tough COVID pandemic, with so many bars and restaurants closing down or doing little business.“In other times, you’d go to a bar and that’s where you’d discover new things,” Robinson said. “What we’re doing is creating the online experience where you can find something new, something you’ve never tried before. This may in fact be the new way people make these discoveries.”