J. Crew might file for bankruptcy due to COVID-19 sales slump 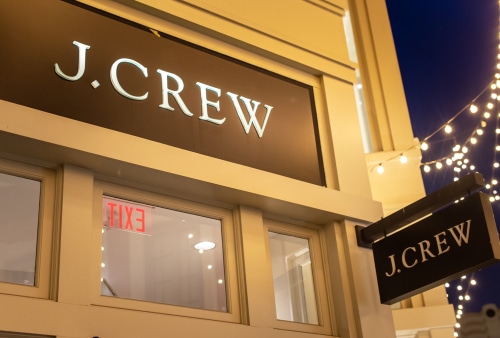 We have said this before and we will say this again, Coronavirus will prove to be the last nail in the coffin for retailers that were already struggling because of the emergence of e-commerce and sales of online items.

Having said that, we also know that retailers that were doing well will also be affected because the slump in sales will affect everyone out there. Now, we know that the economy is going down all over the world and retailers are struggling. As a part of this, the first major casualty is revealed which is J. Crew, a famous retailer, known to be struggling even before the Coronavirus outbreak.

It is said that J. Crew was already having a huge debt before the virus outbreak came to be but the shutdown in sales has meant that the retailer is not able to do anything from whatever it had left as well. The interesting part about J. Crew is that it is described as a “mass-market clothing company whose preppy-with-a-twist products were worn by Michelle Obama and appeared at New York Fashion Week”. Now, you would think that such a reputable brand would be doing quite well even if it has to shutdown for a month.

That is definitely not the case since a few years because they are seeing effects of the online sales on their business as they refuse to pivot to online commerce. According to NYTimes, the retailer is likely to “file for bankruptcy protection as soon as Monday”. The dangerous part is that the New York Times says that the retailer will be the first of many casualties due to this virus meaning that we might hear many other major brands shutting down or going bankrupt soon. Some other big-name retailers such as Neiman Marcus and J.C. Penney are also struggling.

The next big thing in e-commerce could be livestreaming