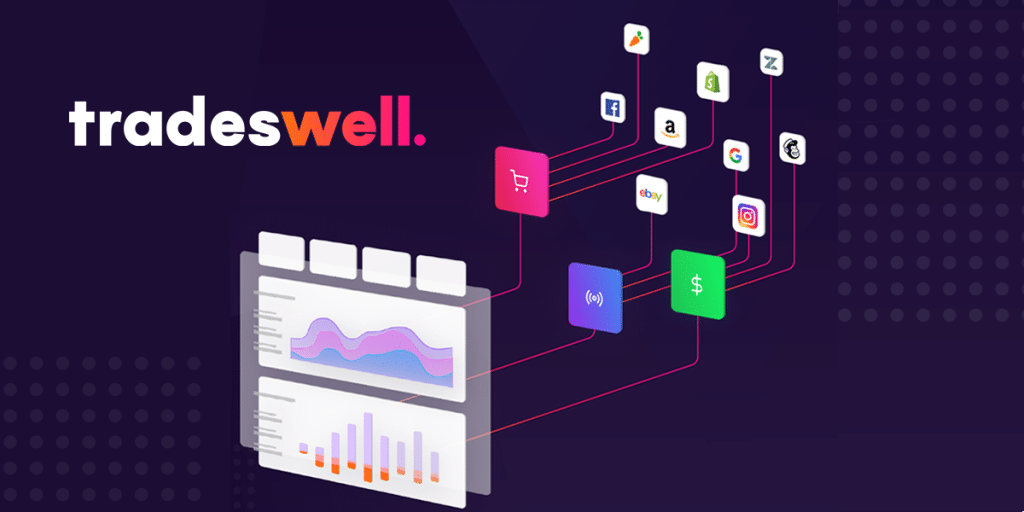 Launched in October by Co-founder and CEO Paul Palmieri, Tradeswell made an announcement that it has raised $15.5 million in Series A funding.

Tradeswell has its central focus on six key areas of e-commerce businesses — marketing, retail, inventory, logistics, forecasting, lifetime value, and financials — with the key goal of allowing those businesses to improve their net margins, rather than simply driving more clicks or purchases. The platform can fully automate some processes, such as buying online ads. Palmieri suggested that in some cases (like ad-buying), Tradeswell will replace existing software, while in other cases it will integrate.

As proof of its previous work, Tradeswell pointed to the work it did with a personal care brand on Amazon Prime Day, with total sales doubling versus the previous Prime Day and profits increasing 67%.

The startup has now raised a total of $18.8 million. The Series A was led by SignalFire, which also led Tradeswell’s seed round, while Construct Capital, Allen & Company, and The Emerson Group also participated.

“With the explosion of e-commerce over the past year, Tradeswell is perfectly positioned to help brands manage the complexity of online sales across an ever-increasing number of platforms and marketplaces,” said SignalFire founder and CEO Chris Farmer in a statement. “Paul and his team bring together a unique blend of experience in data, marketing, and logistics to address the challenges of today and a rapidly evolving market in the years ahead with a central command center to optimize profitable growth.”

The company is going to allocate its funds to continue investing in the product; hence, building more integrations so that more types of pf data become “more liquid”. Eventually, this will enable the platform to make more real-time decisions. When it was launched, it had around 100 customers and Palmieri told me that number has subsequently grown past 150. For example, Steve Tracy of Red Monkey Foods and San Francisco Salt Company said in a statement that the startup’s “unique, comprehensive, algorithmic approach has helped us grow sales, identify commercialization opportunities and forecast far more accurately.” He hopes for the numbers to keep on growing, not expecting any shift in e-commerce once the pandemic ends.