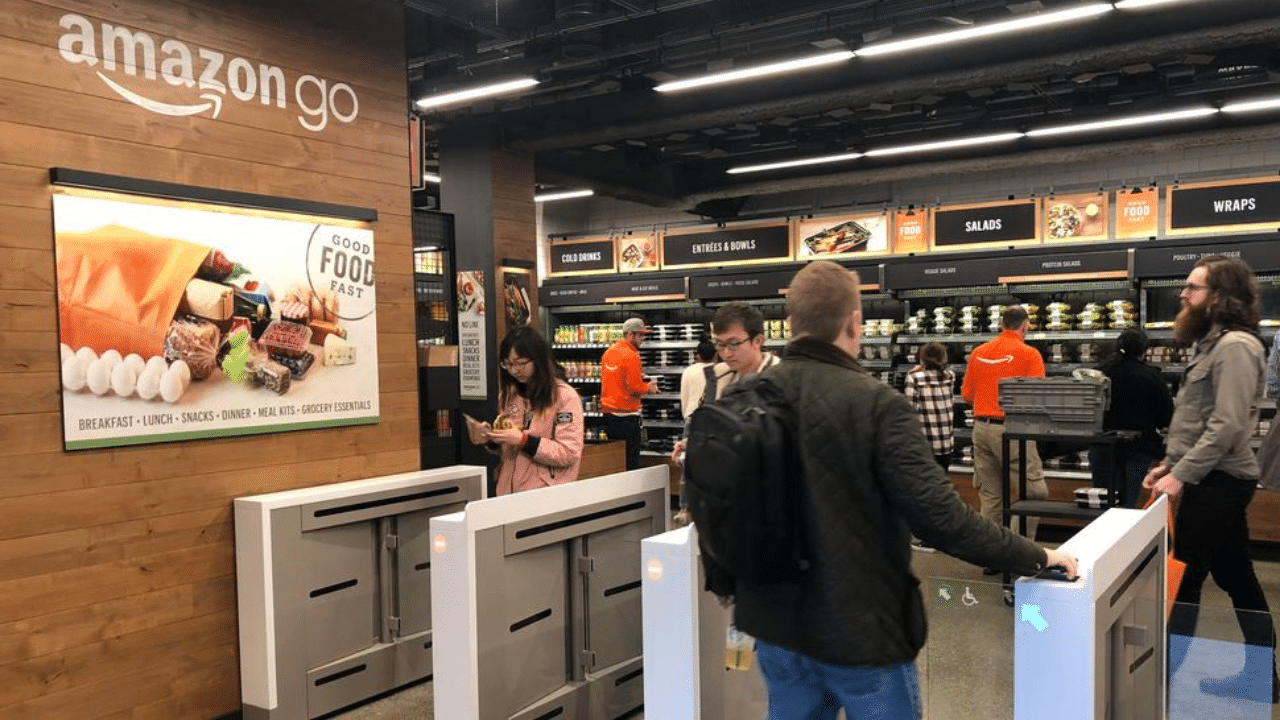 There is a piece of good news for all the introverts who just can’t be around humans especially after more than a year of quarantining at home. All those living in Seattle will soon be able to pick up their groceries without having to interact with anybody. Amazon made an announcement about its first full-size Amazon Fresh grocery store with the company’s “Just Walk Out” cashier-less checkout technology. The stores will be open to customers from Thursday (June 17) in The Marketplace at Factoria mall in Bellevue, Washington outside of Seattle.

With the Just Walk Out option, shoppers can either scan a code that appears in the Amazon app, float their palm over one of the store’s biometric palm scanners or insert their Amazon account-linked credit or debit card. The store will then use ceiling cameras and shelf weight sensors, among other technologies powered by Amazon Web Services, to update shoppers’ virtual carts as they add and remove items from their physical carts. Those who would prefer to check out in the traditional way will also have the option to do so.

Dilip Kumar, vice president of physical retail and technology at Amazon made a statement that the feedback they have gotten from this technology has been fantastic. This is mostly due to the fact that customers skipping the need to stand in queues for checkout not only saves them time but also reduces contact in stores. “Bringing Just Walk Out technology to a full-size grocery space … showcases the technology’s continued ability to scale and adapt to new environments and selection,” said Kumar. In addition,  Jeff Helbling, vice president of Amazon Fresh Stores, said the company has “received incredible feedback” at Fresh locations in California, Illinois, and Virginia about the store model’s prices and selection, it’s delivery and pickup options, and the ability to voice shop with Alexa, among other features.

The store will feature both Amazon’s private-label groceries and those from other brands, as well as meals prepared in the on-site kitchen.

While this marks the first full-size store using the “Just Walk Out” technology, it is not the first time customers have been able to purchase groceries from Amazon in this way. The technology has also been implemented in smaller locations. Kumar cites Amazon Go, Amazon Go Grocery, and Amazon Fresh stores in the U.K., as well as third-party retailer stores, as places where this technology has been successfully deployed. The company also previously had two Amazon Go Grocery stores in the U.S., though those have been folded into the Amazon Fresh grocery brand.