HomeAmazon NewsAmazon didn't lease but this year bought airplanes into its collection of...
Amazon NewseCommerce News 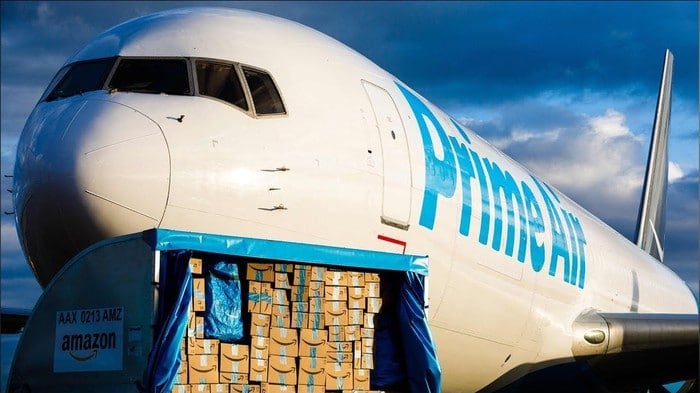 The giant online retail, Amazon has announced it’s purchased 11 new jets for carrying out its delivery functions. The four new Boeing 767-300 aircraft from WestJet will join the Amazon Air cargo network in 2021, and the seven aircraft from Delta will join in 2022, Amazon said Tuesday.

Sarah Rhoads, vice president of Amazon Global Air said in a statement: “Our goal is to continue delivering for customers across the U.S. in the way that they expect from Amazon, and purchasing our own aircraft is a natural next step toward that goal. Having a mix of both leased and owned aircraft in our growing fleet allows us to better manage our operations, which in turn helps us to keep pace in meeting our customer promises.”

The company’s collection of airplanes reached 70 midway through the last year. It stated that the expansion comes at a time when people are relying more on online shopping during the coronavirus pandemic.

By the end of 2022, the company told Bloomberg it expects to have more than 85 planes shuttling products across the US and other countries thanks to its recent acquisition of 11 Boeing 767-300 planes.  Hence, in the coming years, the company can expect to grow its air fleet to include over 200 aircraft. According to Bloomberg, Amazon has always been quick to call out its continued reliance on companies like UPS and FedEx, even as it has added additional planes and delivery vans to its cargo operation. The company is likely to become a threat to its competitors.  More than the number of aircraft involved, Amazon’s latest announcement is notable because it marks the first time the company has purchased, instead of leased, additional aircraft for its Amazon Air cargo operation.

Out of those 11 airplanes which Amazon just bought, 7 of them are from Delta, and the rest 4 from Canada’s WestJet. After they’re programmed and made fit to carry cargo, the latter four will start flying for the company later this year. Meanwhile, the Delta jets will join Amazon Air in 2022. As with all of its existing planes, Amazon says these new planes will be operated by contractors.