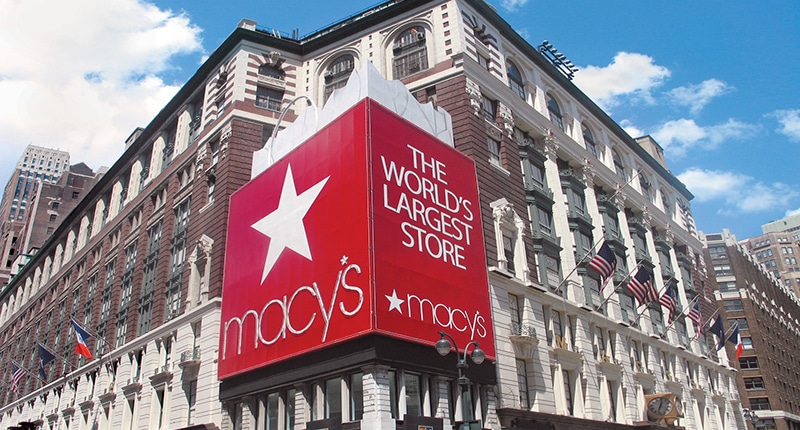 As a part of a 3-year turnaround plan to modernize itself, Macy announced shutting down its 125 doors in 2020. Out of those 125, 45 store locations will meet their fate and will be permanently closed by the middle of 2021. The company has also notified its employees about this unfortunate news.

The move is part of a plan announced by Macy’s in February, before the corona-virus pandemic began, to close 125 locations by 2023. Macy’s will soon close 45 of the 125 stores it said last February it would eventually shutter a being a part of its “Polaris” plan. At the time, Macy’s said it would also cut roughly 2,000 corporate jobs and close several offices, including one of its headquarters.

“As previously announced, Macy’s, Inc. is committed to rightsizing our store fleet by concentrating our existing retail locations in desirable and well-trafficked A and B malls,” a Macy’s spokesperson told FOX Business in a statement. “To that end, we announced several store closures today that align with the guidance we provided in February 2020. These closures bring us closer to achieving the right mix of mall-based stores.”

The company declares that it wants to focus on its best stores in the most effective ways along with its e-commerce business, and in the coming years on new and smaller stores- a format which is being currently tested.

This move is not unexpected since approximately 40% of its revenue is coming from online business. Valid facts like its expense of running stores and a net loss of $4 billion during the first three quarters have also acted as a catalyst for the company to take this step.

Jeff Gennette, Macy’s CEO has planned the process, Polaris to bring its dead brand back to life and turn it into a billion-dollar business by investing in remaining stores and making them more appealing.

The CEO wants to stay away from the malls this time since they mostly struggle to achieve their targets whereas the business continued to boom at the strip centers occupied by the likes of Target and Old Navy.  The brand, in June, dodged bankruptcy after securing around $4.5 billion in financing. The department store chain reported a quarterly same-store sales decline of more than 20%, as consumers cut back their spending on clothes and accessories during the pandemic. As of the third quarter of 2020, the retailer has operated 544 of its namesake department stores, along with 34 Bloomingdale’s locations, 19 Bloomingdale’s outlets, and 166 Bluemercury shops.