Walmart and Amazon battling for the eCommerce market share 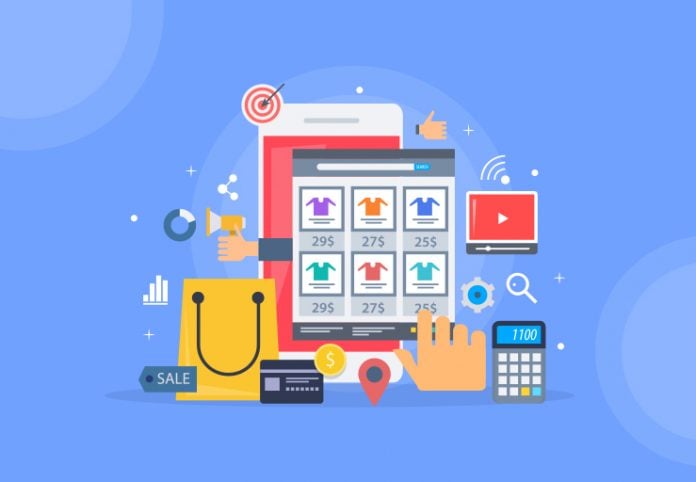 Walmart is using its stores for the eCommerce market share. Walmart’s big stores known for aisles of low-priced groceries, paper towels, and apparel. They will be helping to pack and ship goods for individuals and independent companies.

Tom Ward is the chief e-commerce officer for Walmart U.S. He said, “And if the store acts as the fulfillment center, we can send those items the shortest distance in the fastest time.”

Walmart is inclining into two key advantages to drive its eCommerce market share. First, it has roughly 4,700 stores across the United States and is dominant in the grocery business. 90% Americans lives within 10 miles of Walmart store. However, the company is the largest grocer in the U.S. market by revenue. The Covid-19 created an opening for Walmart to expand its online business. The global health crisis also led Walmart with a sense of urgency to better compete with Amazon.

According to quotes by research firm eMarketer, Amazon has 39.5% of the online market share in the U.S. However, the eCommerce market share got tougher in recent months.

Gains slowed dramatically as more customers returned to stores. As a result, Amazon saw stagnating numbers in the most recent quarter. It reported its slowest sales growth rate in about two decades.

Walmart’s fuel and freight costs rise, and inflation hovers at a nearly four-decade high. So Walmart sought to bring its Everyday Low Prices.

It made several techniques to try to play catch-up to Amazon. Most notably is the $3.3 billion acquisition of Jet.com in 2016.

Its aspirational and pricey e-commerce ideas had mixed outcomes. Though Jet.com itself ultimately shut down. The company’s huge number of stores allows Walmart to outmatch its competitors. In addition, Walmart has 31 fulfillment centers across the U.S.Walmart will soon start packing and sending third-party sellers’ goods from stores.

The rapid increase of online shopping on Walmart’s website magnified its challenges.

A key part of the retailer’s eCommerce strategy counts on a high level of customer trust. As a result, Walmart says it will become available to 30 million households by year-end.

The service is expanding to the cities of Los Angeles and Chicago.