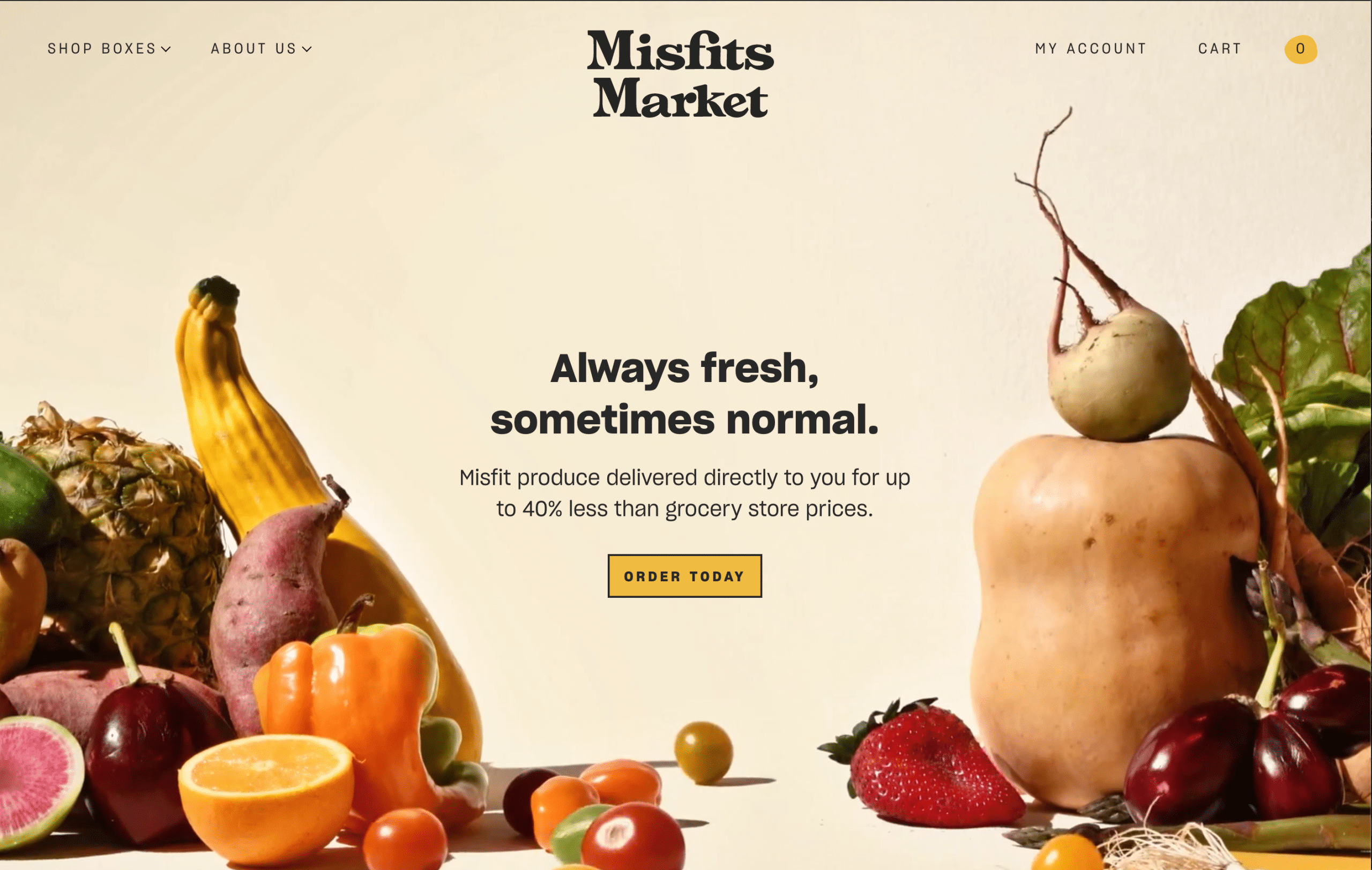 Misfits Market, the e-commerce platform that sells “ugly” products, among other things, has today announced the close of an $85 million Series B financing round. The funding process was led by Valor Equity Partners, with participation from Greenoaks Capital, Third Kind Venture Capital, and Sound Ventures.

CEO and founder Abhi Ramesh said the idea for Misfits Market started when he visited a farm a few years ago. The farmer was collecting apples that he said weren’t of the grade he could sell to grocery stores or farmers’ markets, and that they’d either be given away to neighbors or thrown away. it started as a  subscription box that allowed folks to buy ugly or misshapen produce on the cheap each week.

The produce would have been thrown out at the farm, before ever heading to a distributor or grocery store, because it usually goes to waste sitting on a grocery store shelf. There’s nothing actually wrong with the produce, except for the fact that shoppers wouldn’t normally choose it from a pile of fruit or vegetables that look more pleasing.

Since raising its Series A, Misfits Market has been working to expand its selection, which now includes chocolate, snacks, chips, coffee, herbs, grains, lentils, sauces, and spices.

Customers can add these products to their usual weekly produce box on an à la carte basis, and they’re priced 20-25% below retail. These products are available to “add to box” once a week (on Thursdays).

Looking objectively, the company focuses on any structural inefficiencies in the food supply chain and capitalizes on them, getting the product at a discount and passes it on to the consumer.

These inefficiencies may include trivial issues with sell-by date — some products must be on store shelves nine months before their sell-by date — or an ineffectual mistake (like the olive oil company that works with Misfits Market and has a bad habit of attaching its labels upside down on the cans).

As far as the timing is concerned, Misfits Market doesn’t have to play by the same rules as a distributor or grocery store, as it sells the products directly to consumers thereby benefiting from a much faster logistical operation.

With the funding announcement, Misfits Market is also coming up with a new warehouse in Delanco, New Jersey that will allow the startup to double its capacity across the East Coast, the South, and into the Midwest.

This broadens the platter of  Misfits Market’s delivery in the states of Arkansas, Mississippi, and Louisiana. The company has ambitious plans to launch in Wisconsin, Minnesota, Iowa, and Michigan soon.

The food industry doesn’t want to be inefficient to the point of massive food waste. The market has seen startups like Crisp look to solve these problems on the data science side.

The CEO Abhi Ramesh commented on the challenges ahead by stating “Despite these technological advancements that are happening, the amount of product that goes to waste in absolute and relative terms is increasing every year. When you look at food waste over the past five years and compare that to the amount of food that went to waste in the prior five years, it’s increased. It’s one of those super long-term risks, but at least what we’re seeing, and what the data is showing directionally around food waste, is that it’s growing in magnitude, which means there will always be opportunities for us, or a version of us, to go in there and eliminate waste and provide affordability for customers.”

The company will  however continue to build out the team, which has been growing rapidly in the midst of the pandemic. It has hired 400 people since March, compared to 150 in the three-month period prior. The total team is 750 people, with an even split (51% male, 49% female) on gender. The executive team is 30% women and 20% racially diverse.

Misfits Market has raised a total of $101.5 million to date and is on overdrive.