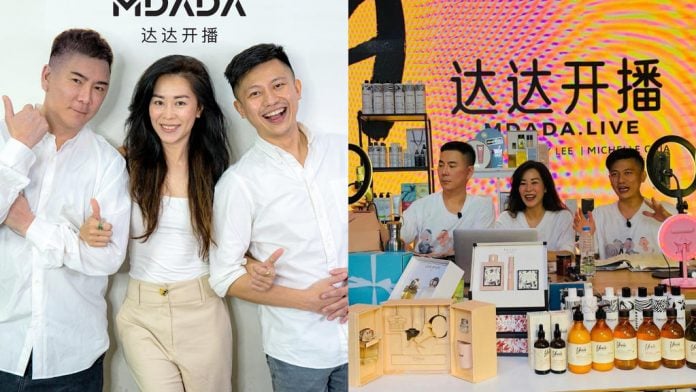 In the September of 2020, the co-founders of the social commerce start-up Mdada opted for their first Facebook Livestream to sell their product. A year later, they can now boast of their 500000 Singapore dollars with its weekly revenue. They have hit the total amount of revenue for 3.9 million Singapore dollars during the August and September of this year.

The secret behind this growth is “entertainment” that one of his founders has shared.

“You need to plan your show because this is not just selling; this is infotainment. Entertainment needs to be high, and that can be very challenging because sometimes even I myself run out of ideas,” CEO and co-founder of this social commerce Pornsak Prajakwit have said as per reports.

Together with the co-founder Addy Lee and Michelle Chia, the CEO Pronsak has launched the physical livestreaming hub of the company in Singapore in 2021. It is one of the first of its kind in Southeast Asia. It also boasts 11 livestreaming studios and one of its warehouses in a similar compound.

Mdada has further declined to specify any of its earning figures. But it said that the figure was profitable enough. The unaudited revenue of the company for this financial year happened on Sept 30. They have earned about $15 million Singapore dollars.

Pornsak has said that his social commerce company takes part in training sellers, whom they call their “key opinion leaders.” Those individuals further learn what they need to sell and whom to sell. The entire task is commission-based. Thus working harder comes with better returns.

Pornsak said that the longest live stream in front of a camera was 12 hours. The commissions are usually of 20-30% sale based on the product.

Due to the pandemic, many companies have turned to live streaming to reach out to customers. Fiona Lau, the co-founder of the social commerce Shopline, has said that their merchant sign-up has increased up to 46% during the time of the pandemic. Many of them have adopted live streaming to replicate the “human-to-human interaction.”

Pornsak has spent at least more than a decade in the industry of regional entertainment. He acknowledged that his familiar faces help much in business. “People trust you. When you tell them, ‘This is something that I’m using, and I believe in it,’ I guess it’s more believable compared to someone who’s not a known face,” he said.

The social commerce company Mdada has further ventured into the EU market in October while debuting with Mdada Travelogue series. It conducts the sessions for live streaming there as the team travels in the places of Europe. Also, it introduced many brands of Europe to their platform.