Just as many start-ups are created as a result of finding a solution to any problem, this Atlanta-based Voxie was also created with the same mindset. This start-up began when there was a problem faced by the founder and CEO Bodgan Constantin himself.

It was at that time when Constantin was at his previous tuxedo rental startup Menguin (which was later on acquired by Generation Tux) where he had to market a product within a period of six-to-nine month sales cycle since customers were usually evaluating different options for their weddings. The E-mail marketing approach didn’t work for him as they would result in “worse and worse” open rates over time. So one day, he decided to just try texting everyone who signed up, introducing himself as “your personal stylist here at Menguin.” Not to his surprise, he got a lot more responses. However,  the only challenge was having those text conversations across a large customer base. That’s how this start-up came into existence and now, in the present, it is announcing that it has raised $6.7 million in Series A funding — offers tools to help businesses automate and manage that process.

The founder of the company himself claims that as compared to other text marketing tools, messages sent through Voxie feel like a real, personalized conversation — even though 80% to 90% are actually automated, with the rest of the messages written by people. Furthermore, Voxie will enable businesses to send their messages from a normal 10-digit phone number (rather than the more common five-digit numbers used for marketing).

Though Voxie was initially built for large enterprise customers now it is being used by a lot of retail, restaurant franchise brands, and also main street brands since they need a better way to engage with their customers and store data. 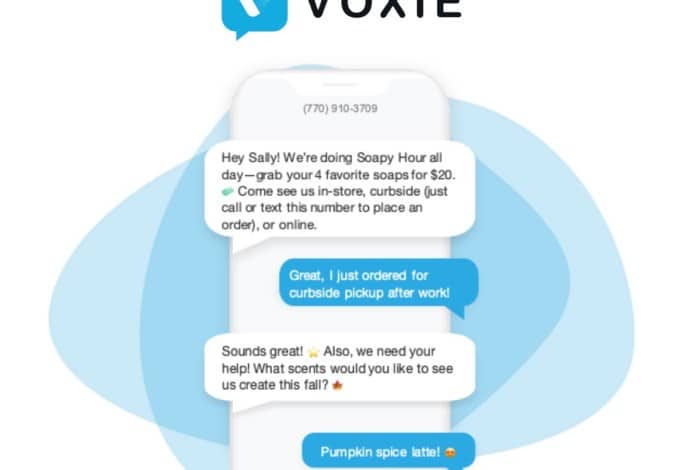 The funding, meanwhile, was led by Noro-Moseley Partners,  with participation from Circadian Ventures and Engage Ventures, as well as Atlanta entrepreneurs Wain Kellum, Andy Powell, David Cummings, and Fred Castellucci.  “Voxie leads the market as the only platform that allows brands to have personalized conversations with customers at scale, which we believe will be key for its target customers to succeed in a post-COVID world,” said Noro-Moseley’s John Ale in a statement.

The company is also planning to launch a ” reply to buy ” feature allowing its customers to place orders directly from their text conversations.  And while Voxie is currently focused on SMS messaging, he claimed its vision is broader: “We want to deliver the right message at the right time via the right medium.”