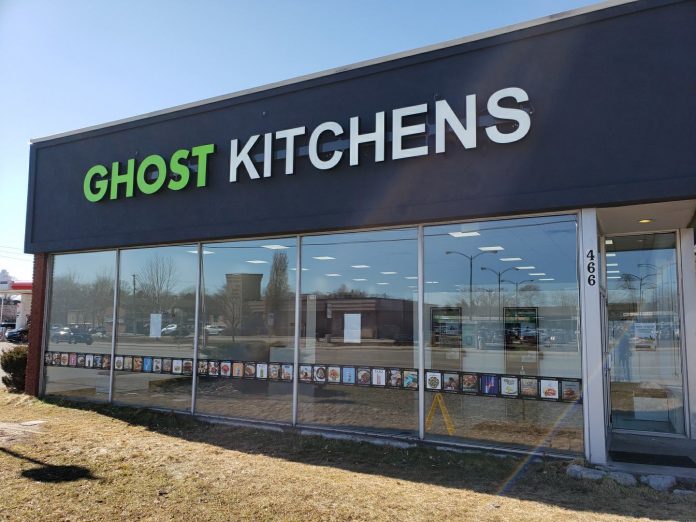 The giant restaurant aggregators are competing to stand out in a crowded space. The supermarkets are pouring resources to set their digital grocery offering apart. Walmart is one of them who are cutting out the middleman and is now heading to be at the top. The retailer is now making a play to be the one-stop-shop for consumers. They are heading out to the eat category, which is meeting both the needs for restaurants and groceries.

Walmart has just expanded its Canadian partnership with a virtual kitchen solution, Ghost Kitchen Brands, to the US. The first domestic in-Walmart ghost kitchen then started running in Rochester, New York, with its 28 more locations.

In a single shot, this move is coming up with an array of cuisines and restaurant brands inside the stores of the retailers. This pairing is offering Ghost Kitchen access to the unmatched food traffic of Walmart.

“We are in the food business, but we’re in the convenience business as well,” Marc Choy, president of Ghost Kitchen Brands, told Karen Webster in an interview about its partnership with Walmart. “We want to offer consumers the freedom to use technology in order to get whatever they want. When they want it, where they want it. That could mean at home while working while shopping.”

For Walmart, this partnership is allowing the retailer to retain its audience. It is marking a swift shift from raw ingredients to ready-to-eat options. “The dynamic of the 1950s where somebody would cook six square meals a week and maybe go out once a week is going to be totally the opposite,” said Choy. “This is how people are going to know how to get their food — by ordering.”

Walmart grocery offers nearly 56% of its revenue. Walmart captures at least a fifth of all the consumer food and beverages that are spending in the US. Thus any shift in grocery as a whole will offer a significant impact on the bottom line of the retailer.

On the other hand, partnering with Ghost Kitchen Brands will offer 25 brands to come into Walmart stores. It includes crowd-pleasers like Quiznos and Cinnabon. Customers who are coming into stores for pickup create a sales opportunity for Walmart. This growing Ghost Kitchen venture came after five months of the McDonald’s announcement that it is closing hundreds of Walmart locations.

The idea of Walmart is; they will not only use the ability to put all the brands in one place but also help them to use better technologies. Ghost Kitchen brand has the goal to create ways for shoppers through which they can order ahead when they enter or as they move out of the store. They can pick up their meal as they leave.