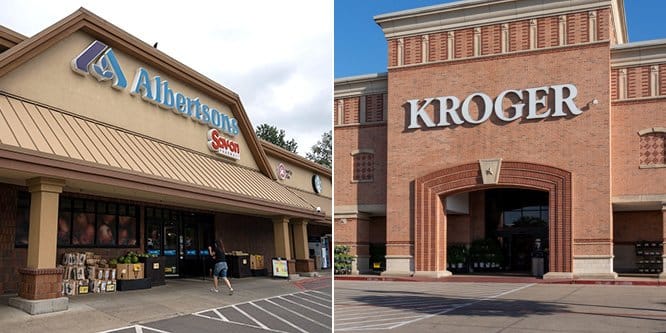 There is path-breaking news in the world of grocery business companies. The leading grocery company, Kroger, is all set to buy its rival company Albertsons as per reports.

In the shares market, Albertsons is touching highs. The stocks of the company were up on Thursday. At the same time, Kroger sees minimal to modest developments.

Reports say that the announcement of the all-cash acquisition of the company can come on Friday. Kroger is the biggest grocery company in the market. Kroger owns two dozen banners of different brands like Fred Meyer, Ralphs, King Soopers, Harris Teeter, and many more. As for the numbers, there are 2800 stores in 35 different states of this leading grocery company. The company employs four lakh twenty thousand employees. There is only one grocery company larger than Kroger in the United States, which is Walmart.

Albertsons is an equally flouring grocery company. It owns 20 banners of Safeway and Acne, among many more. The company has 2200 supermarkets in around thirty-four states. The company gives employment to around two lakhs ninety thousand people.

During the pandemic phase, all the grocery companies gained an opportunity to come to capture the market. As inflation increased, markets got affected, and there was only one industry that prospered. The grocery companies were the only ones to make profits.

But in general, grocery companies have a low margin. Kroger has previously made several deals. Kroger has a collaboration with British online grocer Ocado.

They came together to build huge robot-powered fulfillment centers. The merger helped in picking and packing online grocery orders.

The merger was successful. They also got into many business models. The company even made an entry into the new market of Florida. So there is high speculation about what this new collaboration will bring in.