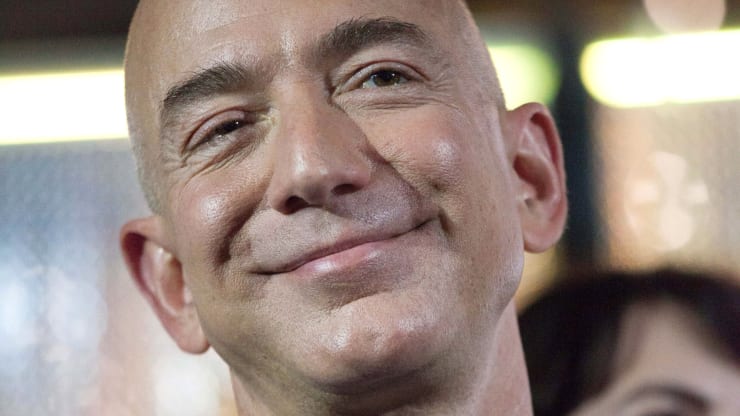 CEO Jeff Bezos of Amazon plans to bring in focus the company’s job creation and support for small businesses during Wednesday’s antitrust hearing, according to prepared remarks released by the company on Tuesday.

Bezos will tell the House Antitrust Subcommittee that Amazon now employs a million people and that it built an online marketplace that allows some third-party sellers — independent “entrepreneurs” — to make more than $100,000 a year.

He acknowledges that Amazon is “a large company” but that its fast-paced sprawling scale has created more than $1 trillion of wealth for its shareholders, which include “fire, police, and school teacher pension funds.”

The remarks also highlight personal information about his life, like the fact that his mother was a 17-year-old high school student when he was born, and that his adoptive father emigrated from Cuba. They were among Amazon’s first investors. In a common theme for Bezos and the company, the statement repeatedly mentions Amazon’s drive to please customers and notes that this focus has made Amazon one of the country’s most trusted institutions

“It’s not a coincidence that Amazon was born in this country,” Bezos said in his prepared remarks. “More than any other place on Earth, new companies can start, grow, and thrive here in the U.S.Researchers at Georgetown and New York University found in 2018 that Amazon trailed only the military among all respondents to a survey on institutional and brand trust. Among Republicans, we trailed only the military and local police; among Democrats, we were at the top, leading every branch of government, universities, and the press,” the statement says.

Bezos is one of four tech CEOs set to appear in Wednesday’s hearing, along with Facebook CEO Mark Zuckerberg, who will use the opportunity to defend Facebook’s acquisitions of Instagram and WhatsApp and talk about its commitment to open-source projects, according to prepared remarks released Tuesday.

Amazon’s “Day One” mentality will also be a key theme of Bezos’ opening remarks. He plans to highlight how the business philosophy, which has afforded Amazon “both the scope and capabilities of a large company and the spirit and heart of a small one,” is great for customers, even when it might attract critics. Amazon has earned the trust of consumers by listening to their needs, which are “lower prices, better selection, and convenience,” he added.

“As I have said since my first shareholder letter in 1997, we make decisions based on the long-term value we create as we invent to meet customer needs,” Bezos said. “When we’re criticized for those choices, we listen and look at ourselves in the mirror. When we think our critics are right, we change. When we make mistakes, we apologize. But when you look in the mirror, assess the criticism, and still believe you’re doing the right thing, no force in the world should be able to move you.”

Alf Alferez
Dedicated writer with a strong track record of developing customer loyalty and managing general office operations. Enjoy being a part of a company where my skills and creative ideas will benefit the overall productivity of the organization. I have a strong desire to work in helping make the world a better place. Please reach out to me on [email protected]
RELATED ARTICLES
B2B eCommerce