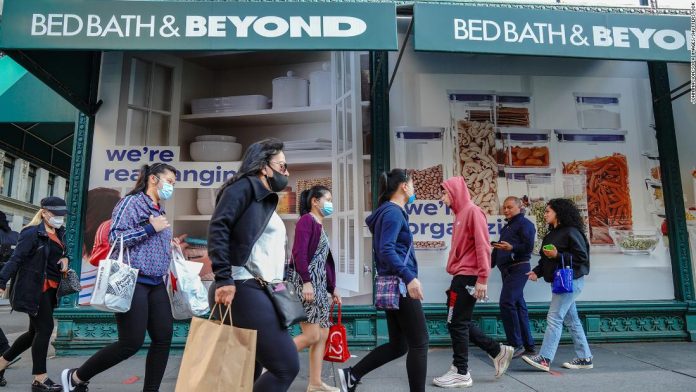 A recent survey conducted by Baird revealed that more and more engaged couples are signing up with Amazon and Target. This is bad for Bed Bath & Beyond’s as its share of wedding registries slipped to 30 percent.

Amazon declared itself the top retailer for wedding registries, with a total of 45 percent listing penetration. Bed Bath recorded a drop in the listed share from 33% in October to 34% in July. This decline could create serious trouble for the company.

Target has a 26% market share in the wedding registry industry. Justin Kleber comments that “wedding registries are an important indicator for retailers who sell home goods. Registry purchases tend to have higher margins since family and friends often choose gifts from the list rather than hunting for deals. “

He also added by saying that “If you are capturing a customer at a point in time when they’re married, what comes after that is maybe a new apartment or a new house, and maybe after that, your family is expanding with a new baby or two.”

Experts suggest that the current year will be a wedding boom as couples will move forward with ceremonies and celebrations. It is a flourishing sign for the industry after the pandemic period.

Baird tracks the randomized data of newly engaged couples from The Knot.com. The data has changed significantly since the survey started in January 2017.

Earlier in 2017, Bed Bath ruled this industry with a 44% listing penetration share. Target and Amazon, with 29% and 20%, respectively,

Kleber also said that the changes showcase Amazon’s strategies to acquire the market. And also the struggle of Macy’s and Bed Bath & Beyond to adapt to eCommerce to attract potential audiences. The company reported its fiscal third-quarter earnings on Thursday.

Retailers are also having a hard time dealing with new threats. Today, couples tend to opt for a honeymoon and cash funds rather than requesting knife blocks, towels, and duvets.

Cash/travel records popularity with a hike of 6% penetration from January 2017 to 2022. This happened to millennial and Gen Z couples who prioritize experience over goods.