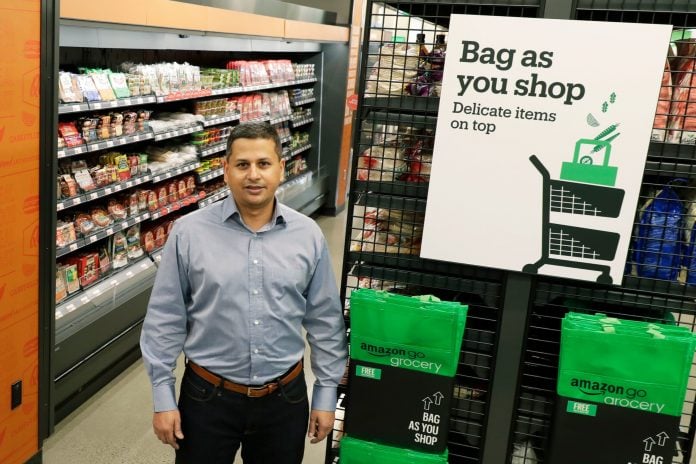 The eCommerce giant Amazon has tried bringing everything to the consumer’s doorway. The grocery business was one such investment. The brand spent three decades putting everything at the reach of the customer. Amazon worked towards lowering the price and had the greatest success in history.

Though the groceries business always feels short. It continued to invest $13.7 billion in the giant $750 billion U.S. grocery market. The investment was to acquire “Whole Foods”. Amazon paid 10 times higher than any other deal.

Amazon.com and Whole Foods accounted for 2.4% of the grocery business last year. Walmart continues to lead the market with an 18% share. The following share comes from the research firm Numerator.

The brand’s delivery service faced a struggle in the crowded field. The Go automated convenience got deported as per the company strategy.

The shareholders show cautions on Amazon’s grocery business. The company had great years. The stock price soared at 400%, accounting for eCommerce and cloud business. The growth was during the watch of Jeff Bezos.

The picture has changed after the new CEO, Andy Jassy. The stock failed to 13% in the meantime. It was the worst performer among the Big Tech group. Amazon bagged the slowest growth rate since 2001.

The downfall in the shares pushed investors to think of another opportunity. Amazon invested in the physical stores unit. They invested in Whole Foods and Fresh stores. The sales went low in 2021 than in 2018. The leases rose to 17% over the stretch.

Jake Dollarhide, who is the CEO of Longbow Asset Management, stated, “Amazon’s all about the cloud, e-commerce, and entertainment…. Amazon has a “core holding” since 2011. It is almost like the grocery business is an expensive hobby.”

The extensive competition in the grocery business is one of the key reasons. Walmart, Target, Kroger, and Albertsons are some of the top players. Amazon is in the tough spot to grow the business in this niche.