In an attempt to get into e-commerce, Twitter gives a try to its “Shop” feature

8 Best Alternatives to Amazon FBA in 2021 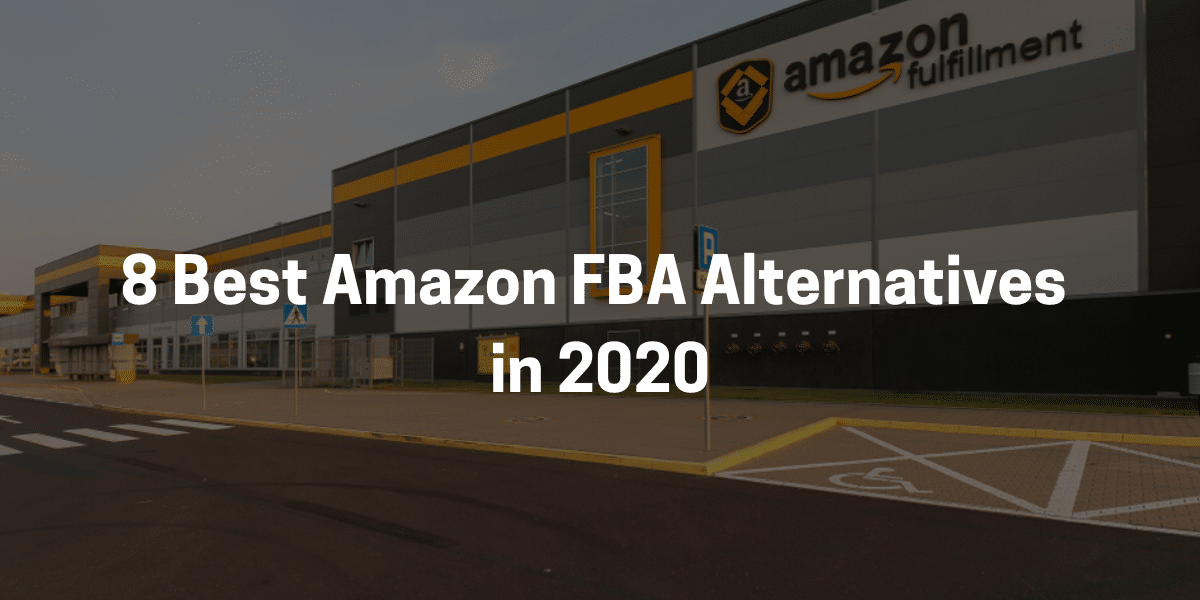 You must have heard a lot of good things about Amazon and we know that the company is great at doing what it does which is e-commerce and related services. However, it is also a fact that some things are not known to everyone regarding Amazon.

For example, you have to pay a lot of cuts on Amazon if you are a seller and it is quite frustrating when you have to let go of your profits just because selling on Amazon is a huge advantage of others and they can charge you what they want.

There is also a thing that sellers are now trying to reduce their dependency on Amazon as much as possible because of various reasons and one of them being the trust factor as well. Some sellers do believe that Amazon does some things that are shady on not right and they don’t agree to the same.

So the next obvious question you have is what are your best options if you want to leave Amazon. Well, to be honest, we would advise you not to leave Amazon because it is a great platform even though we know about all the shortcomings it has.

Instead, we will tell you about all the great alternatives you can have while still being on Amazon. Also, if you have really made up your mind and you want to leave Amazon as a platform for selling then we will also give you some great Amazon FBA alternatives.

But first, we know that a lot of you reading the term Amazon FBA would be wondering about what it is and how does that relate to you. So we would like to mention that Amazon FBA is short for Fulfilment by Amazon meaning that the orders that have been placed under this category will be handled by Amazon.

Amazon FBA can also be termed simply as a third-party logistics service from Amazon as well. Because if you are an Amazon FBA seller, it simply means that logistics will be dealt with by Amazon.

And the company gives great service as it can pick up the orders that you have to send from your warehouse and then ship them to the buyer and you have to just pay the fees.

Having said that, since you are here then you must be knowing all of it and still if you want to move away from Amazon FBA then there might be some reasons you have.

So without wasting any more time, let’s start with all the good Amazon FBA alternatives we have in 2021.

As is the case with everything on the internet, you will search for the best “Amazon FBA alternatives” and it will give you a list of hundreds of such alternatives.

However, every marketer knows that this is a trending topic so they would optimize their ads or content based on the keyword.

So we would instead give you the tried and tested 8 best Amazon FBA alternatives in 2021 that you can’t go wrong with any of them.

Let’s start with the first one: eFulfillment service 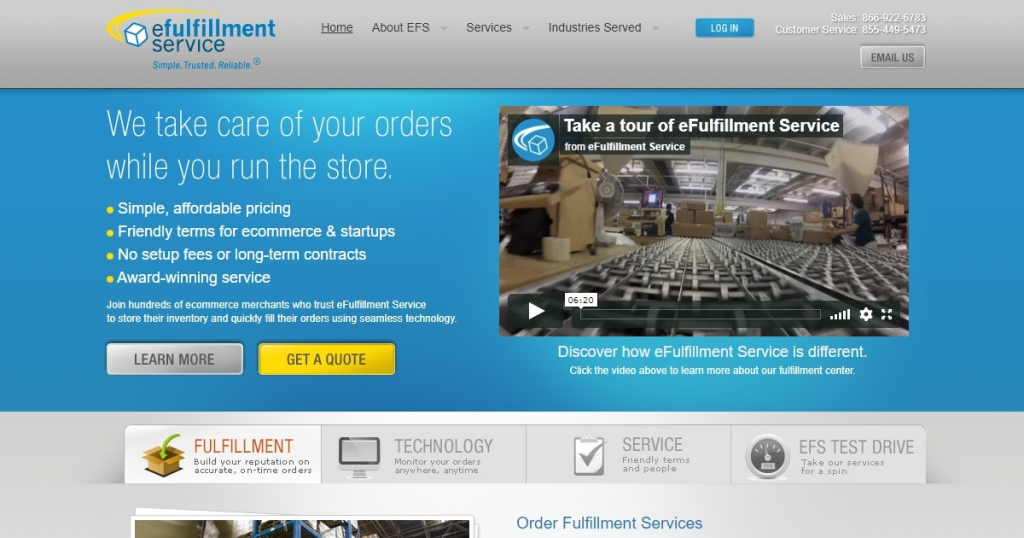 The first alternatives to Amazon FBA out of the many is eFulfillment service. Let’s get directly to why it is great for you and it is worth noting that this is a great option for people who are just starting their business.

As we have mentioned earlier, Amazon FBA is extremely costly for people who are looking to make minimal profits from their new business.

On the other hand, eFulfillment service has no setup fees as well as no minimum requirements which is the number of items you need to sell in a month or per year.

You also don’t have to pay charges for long-term storage on the platform. 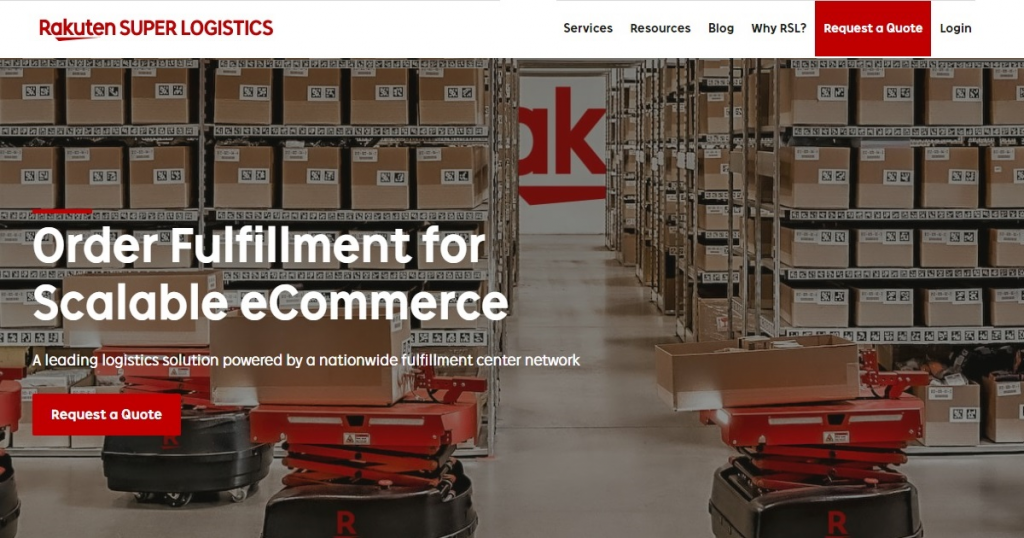 You also have an advantage of just 25,000 orders annually with Rakuten which is what a small business would target starting out and Amazon has just too much of requirements in this aspect. 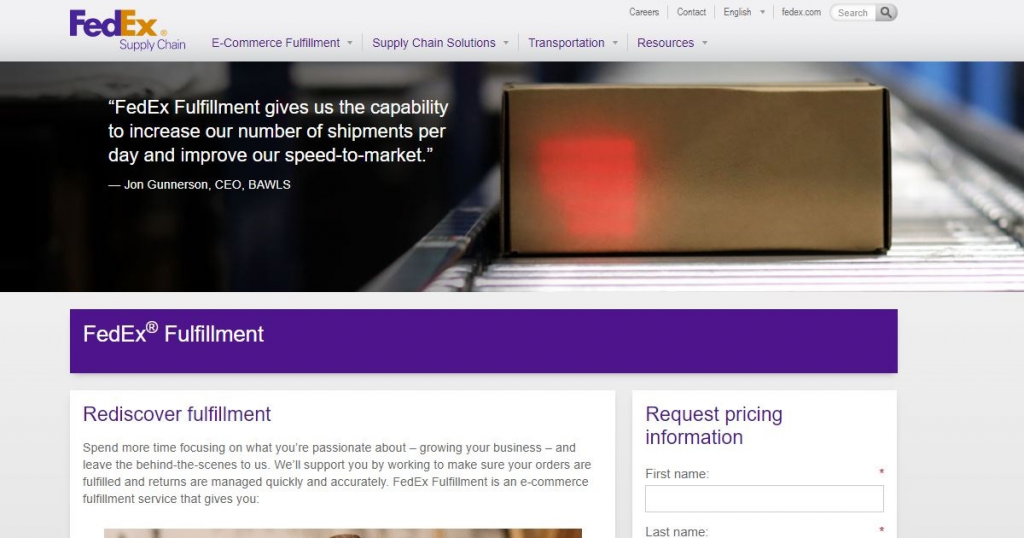 We all know FedEx and have great the company is as a delivery service and we know that they handle deliveries of various Amazon orders as well.

However, you would not know that FedEx Fulfilment is also a thing. Now, the best part about FedEx is its delivery service which means you can never go wrong with your delivery.

On the other hand, we know that its minimum requirement is quite high but if you are looking for something in this range then it can be right for you.

Talking about the minimum requirements, FedEx wants its clients to have a minimum of 1,130,000 orders annually which is a lot.

This service is definitely not for small businesses but if you are medium-sized one then it can be good for you. 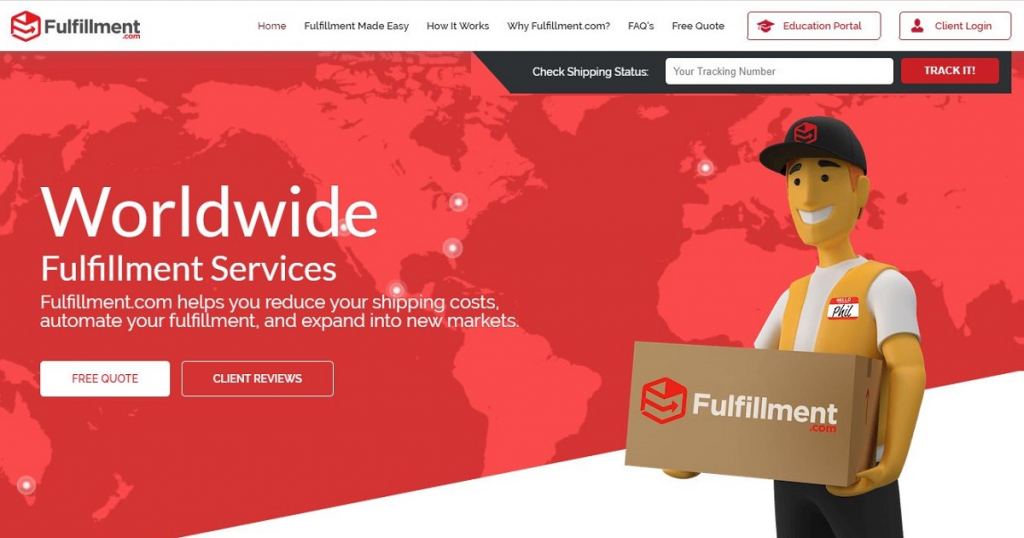 Fulfillment is yet another great option for businesses that are looking for best Amazon FBA alternatives.

The great part about this service is that the minimum order requirement here is quite low. For instance, you only need to have annual orders of 21,659 or above to qualify for their service.

Therefore, the service becomes an option for mommy bloggers as well as DIY sellers who might not have a huge amount of orders but just enough. 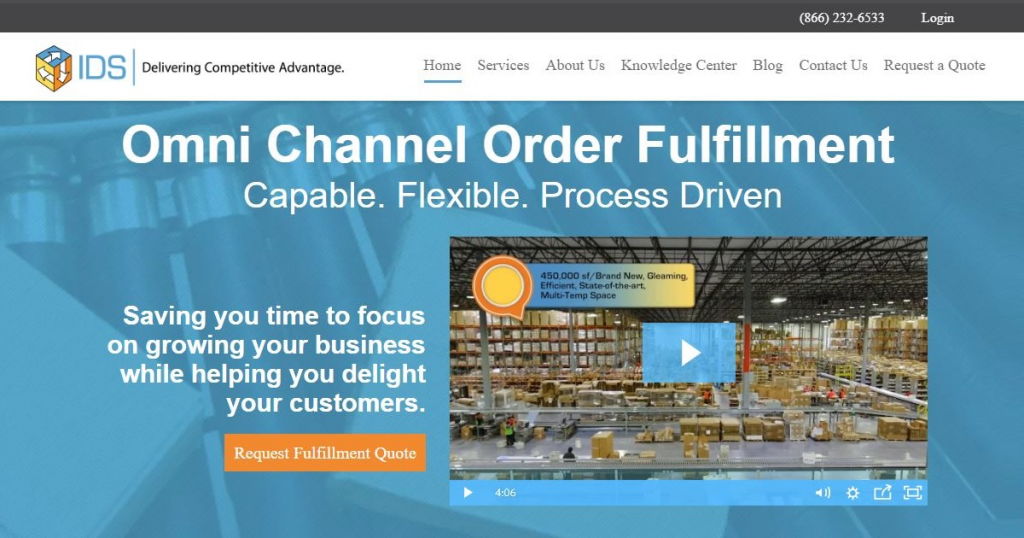 IDS Fulfillment also features in our list of top Amazon FBA alternatives because of various reasons but there is a huge reason as well.

IDS Fulfillment promises that it can reach 95% of the US population just in 2 days and that includes the peak season as well.

So if you have huge orders coming in during the peak season and the orders are getting delayed then you should try IDS Fulfillment and we are sure you will not be disappointed. 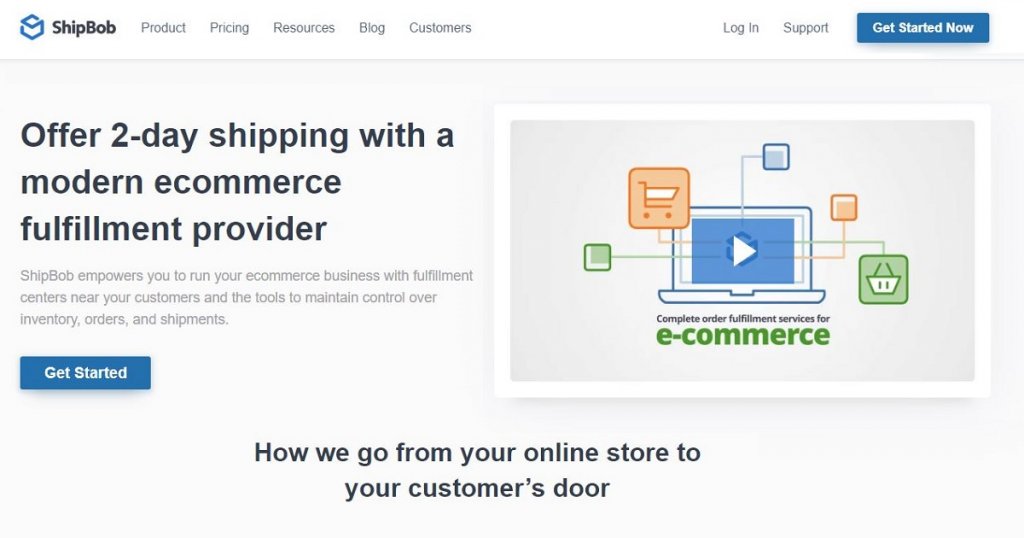 ShipBob is a new name in the market and we are aware that some of you might not have heard about it. But we would like to assure you that ShipBob is a great Amazon FBA alternative and that is why we have included it in our list too.

Now, you would be asking why a seller would want to use ShiBob instead of the tried and tested names in the market such as FedEx, IDS or others listed above.

Then the main reason we like ShipBob is that it allows you to sell various products fulfilled by them such as “beauty, health, personal care, clothing, shoes, accessories, and consumer electronics”

Apart from that, the best part is that it has a minor annual order volume requirement of just 1800 orders. This means that even if you are starting something from your home and getting a few orders per day, you can use ShipBob and its great services. 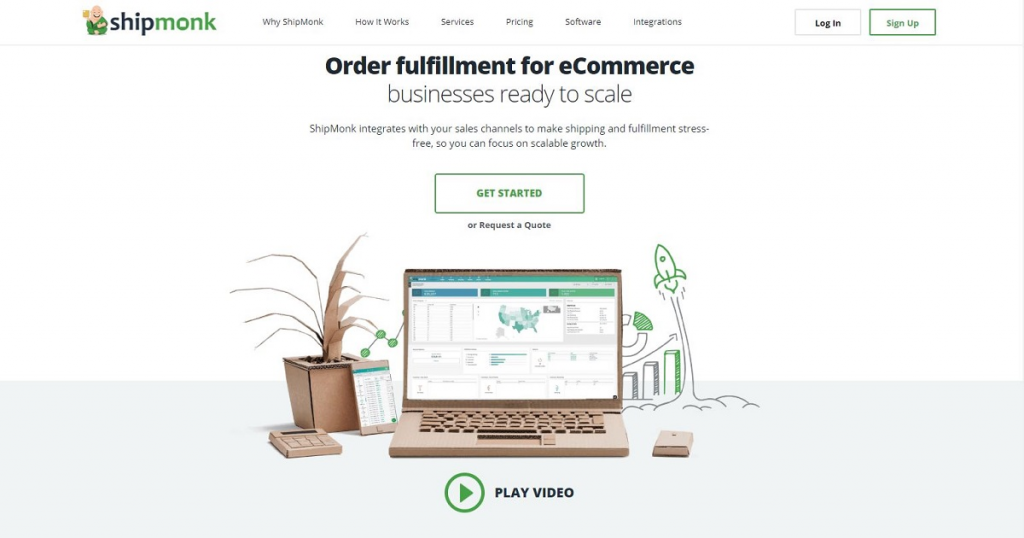 Just like ShipBob, ShipMonk is also a new name in the industry and we will say it again that this is a great Amazon FBA alternative for people who are really just starting out.

For example, if you are an artist or a person selling from your home then you are unlikely to see huge orders being placed every day.

So ShipMonk allows you to still ship your orders in that scenario. And it requires you to have 27,000 orders annually which is more than ShipBob significantly but it does have advantages over the others. 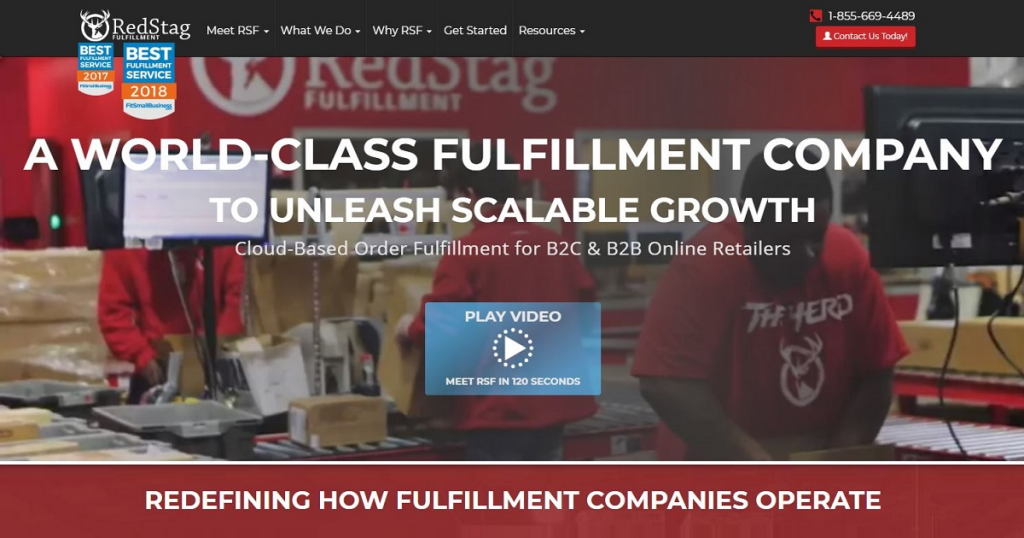 Last but not the least, RedStag Fulfillment makes it into the best Amazon FBA alternatives and there is a good reason why you choose their services.

For instance, the minimum orders required for RedStag to accept you is anywhere between 10,000 and 40,000 orders per year which means they are quite open to accepting small sellers in their program as well.

The part we like about RedStag Fulfillment is its claim of 100% accuracy and not only does it claim so, it also pays you if there is an error.

Yes, you read that right because RedStag Fulfillment will pay you $50 for orders that they fail to deliver or get mishandled for some reason.

RedStag’s founder story is interesting as well because the company claims that it was founded “when the owners of a successful eCommerce company switched fulfillment providers three times and still couldn’t find a fulfillment partner who could meet their expectations.”

So we have tried to compile a list of the 8 best Amazon FBA alternatives that are great for any kind of business, small, medium or even semi-large and does not want to go to Amazon FBA.

We also hope your hours of research to find a great Amazon FBA alternative has been solved and your search ends here as they say.

Note that we do believe Amazon FBA alternatives might be even better than the service Amazon provides as they have lesser orders meaning their deliveries will be faster. 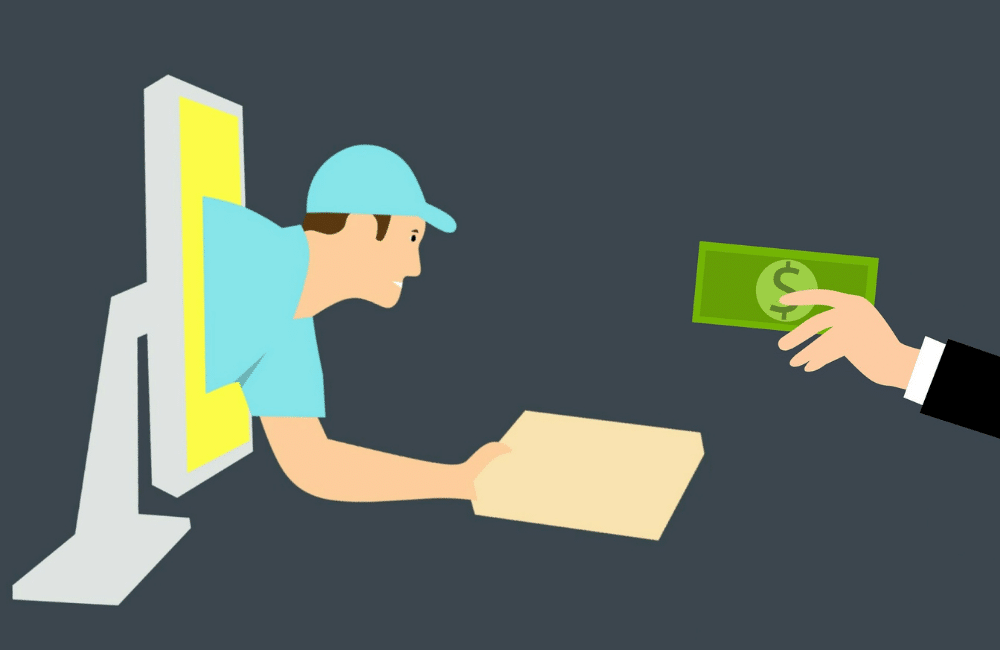 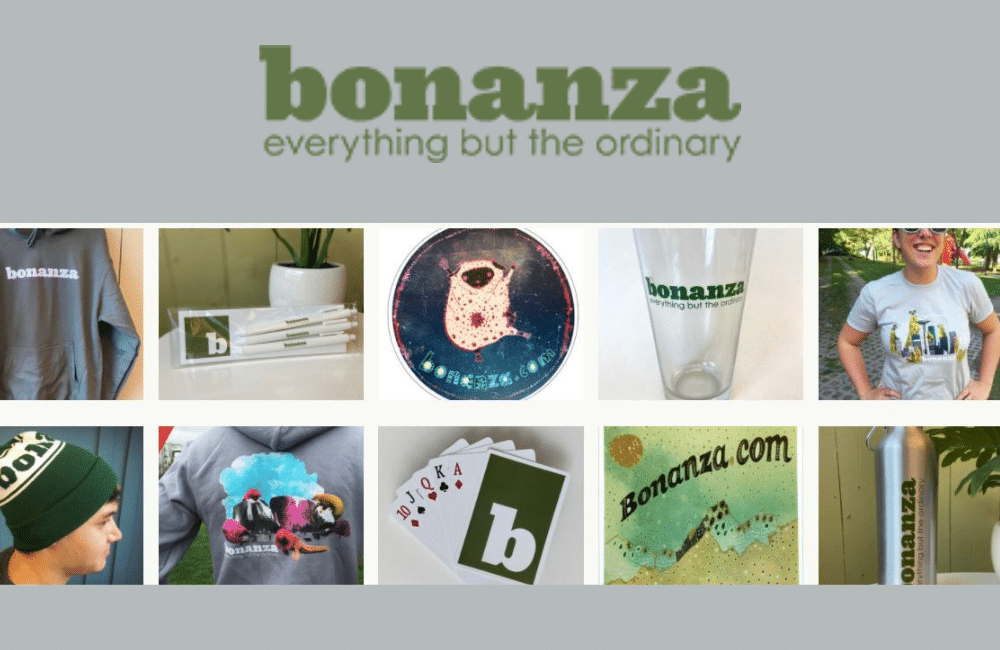 With spike in online grocery demand, Walmart takes opportunity to...