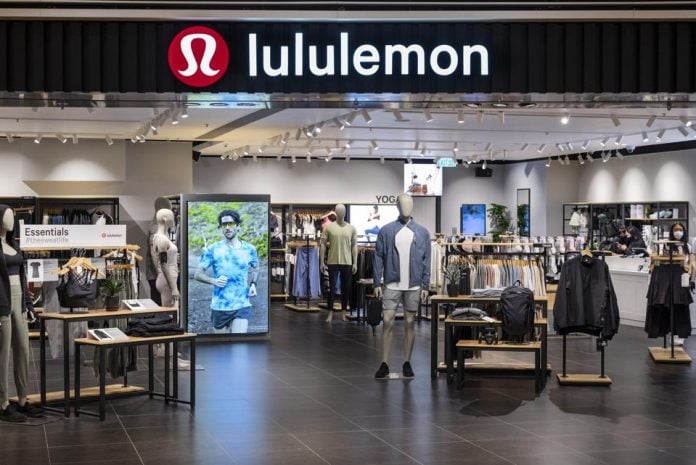 Lululemon is all set to hitch its wagon to the moon, but Wall Street finds it difficult to achieve. The retailer’s goal may not seem achievable in the ever-changing market condition. The lofty goals for the next five years seem very unrealistic to the analysts.

It saw a loss in its share of 4.8% on Wednesday. Wall Street is a little intrigued with the strategy after the fall. It was after the announcement of its doubling share of the annual revenue. It said the company would make almost $12.5 billion.

The five-year plan was via the expansion in the men’s market. And also focuses on e-commerce sales and doubling them. The international revenue was to quadruple from 2021 to 2026.

The company also discusses the new ventures. They are going to debut in the membership model. It will be for the fitness classes. This can be a great potential to increase revenue acquisition. Covid has encouraged and uplifted the requirement of fitness among the customers.

Though the analyst looks at all of this as a too ambitious approach. They are calling it a “potential hiccup”. They are bringing up the issue of global supply chain disruption. It can delay the goal or become an obstruction. The inflationary pressure is also another thing that needs a better handle. The investors are also dazed with the growth strategy.

Randal Konik, an analyst at Jeffries, discuss Lululemon’s plan and gave the statement, “will require an added level of execution prowess…

Lululemon’s recent push into the footwear category could prove to be a poor idea, given all the competition already in the space, and that it could end up weighing on profit margins.” There is a requirement for a broader macroeconomic environment. The attainment will be difficult. Also, Wall Street cautions its approach with serious concerns.

The recent launch of women running shoes requires a strong start. There is a high necessity to deliver high sales numbers to approach the goal. The key concern for Lululemon as well as the lowering of unit sales numbers.