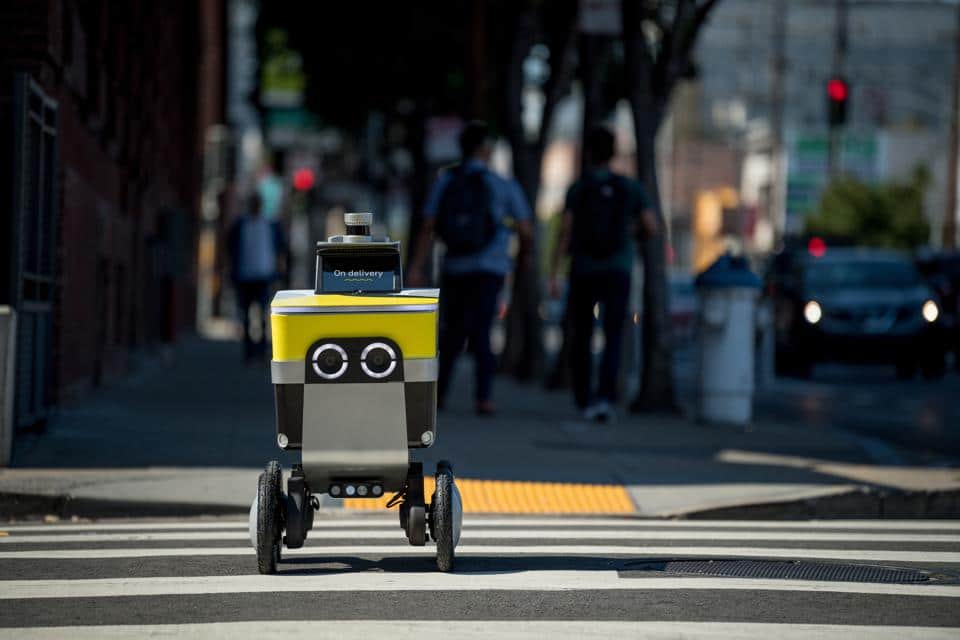 Uber is in search of investors so that it can launch a separate start-up for the robotics division of Postmates, Postmates X. It is an on-demand delivery start-up that Uber acquired last year for $2.65 billion. The start-up is being called Serve Robotics,  a nod to the yellow and black-emblazoned autonomous sidewalk delivery bot that was developed and piloted by Postmates X. Serve Robotics is not a legal company yet, but serverobotics.com was registered on Jan. 6.

It recently partnered with Pink Dot Stores for deliveries in West Hollywood, will likely be the centerpiece of the new startup. To this, however, Uber refused to comment.

The company is led by Ali Kashani, who heads up Postmates X and leads the Serve program. Anthony Armenta would lead the startup’s software efforts and Aaron Leiba would be in charge of hardware — keeping the same positions they hold at Postmates X. Uber is in discussions to retain about a 25% stake in the new startup, according to one source familiar with the deal.

Postmates’s interest in walking delivery bots began in the year 2017 after the company quietly acquired Kashani’s start-up Loc Inc. The company came out public with its first Serve autonomous delivery bot in December 2018, with a commercial rollout planned in Los Angeles. It’s now operating in both Los Angeles and San Francisco. Rather than working with a partner, Postmates chose to use its own delivery data to form the foundation of how it would design and deploy a sidewalk bot, according to comments Kashani made during a TC Sessions: Mobility 2020 event in October.

“When you look at the data and see that over half of the deliveries are within a short distance it becomes a no-brainer — these robots can actually complete them,” Kashani said at the time, in reference to the application of autonomous delivery bots for delivery.

The Postmates X made use of historical delivery data from the company to develop a simulation, which was then used in the design of the Serve bot. It enabled the team to determine what battery life would be needed and the size of the cargo hold, among other features.

One of the main reasons for Uber acquiring Postmates is to assist Uber Eats’ scale in U.S. food delivery, boosting its market share from 29 percent to 37 percent. Uber’s rideshare business fell over 80 percent amid the pandemic. The company’s quest to scoop up Postmates was cleared by the Department of Justice in November. Uber had originally tried to acquire delivery platform Grubhub, but the deal sputtered over antitrust concerns.