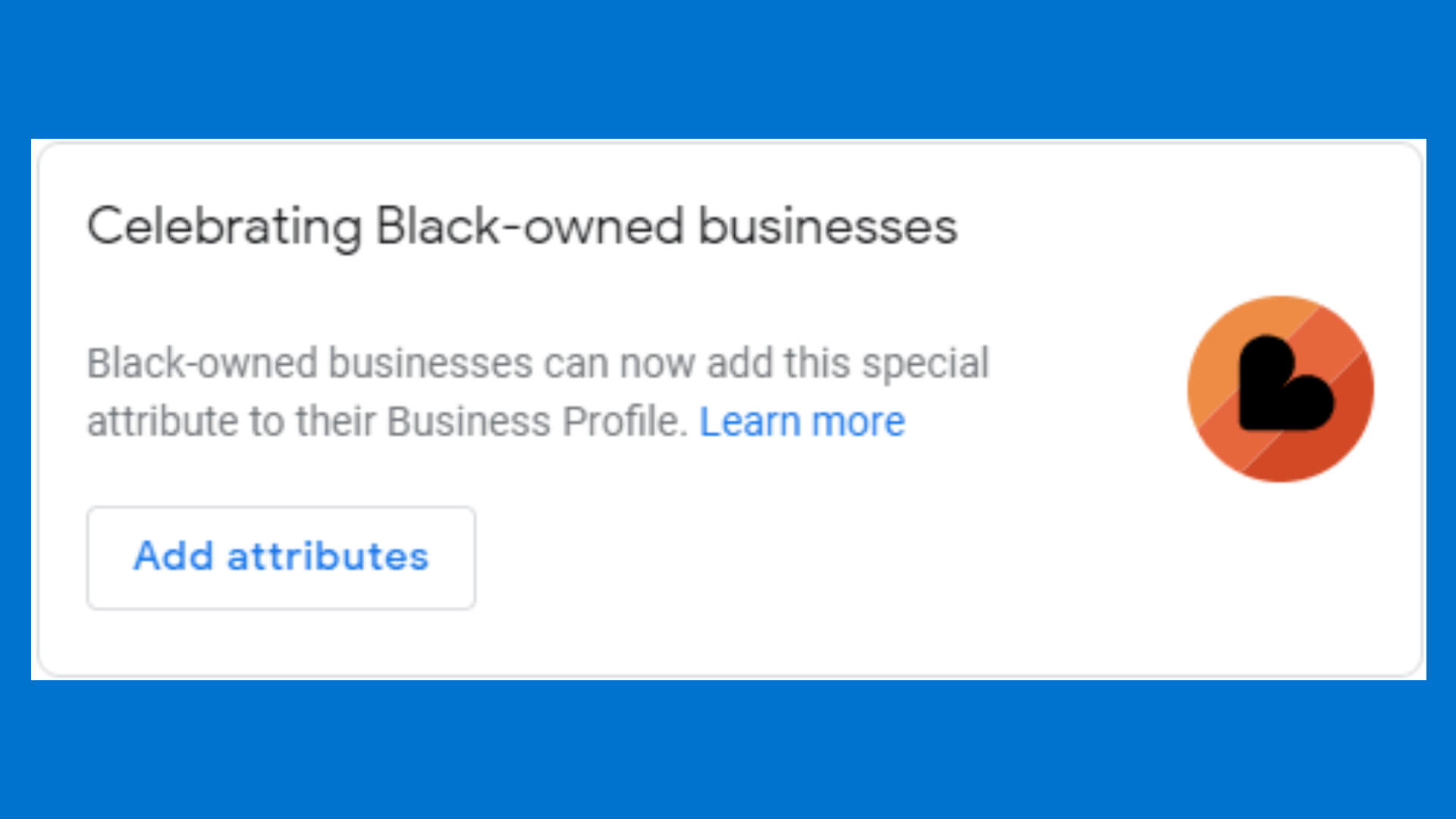 Verified Google My Business profile owners in the U.S. can now add a Black-owned business attribute to their listings. Business attributes are highlighted as icons when customers view a business’ profile on mobile.

Google said it has seen “a surge in online searches for Black-owned businesses” in recent months — a period in which the Black Lives Matter movement gained momentum, after George Floyd, 46, died after being arrested by police outside a shop in Minneapolis, Minnesota.

Distinguishing Black-owned businesses in local search may help those businesses attract visibility in Search and Maps and gain customers.

“With this attribute, our goal is to make Search and Maps more inclusive and help support Black-owned businesses when they need it most,” Jewel Burks, head of Google for Startups U.S. said in an announcement made on Thursday. Additionally, the company is s also adding the new attribute to its digital skills training program- Grow with Digital Coaches, an initiative designed to help Black and Latinx small businesses reach new customers.

In addition, the company said it is partnering with the U.S. Black Chambers, Inc., an organization that includes 145 Black Chambers of Commerce and 326,000 members nationwide, to spread awareness for the new attribute.

This initiative comes keeping in cognizance that in April, more than 40% of Black business owners reported that they weren’t working, compared to only 17% of white small business owners, according to an analysis of government data reported on by The New York Times.

In 2018, Google introduced family-led, veteran-led, and women-led attributes in Google My Business.

vineet
Vineet is an Atlanta based entrepreneur. He has interests in technology, education, and writing. Vineet writes regularly for eCommerce Next as a guest editor. Vineet has co-founded and successfully exited multiple IT companies in the past. His investment portfolio currently includes software, education and sports organizations.
RELATED ARTICLES
eCommerce News