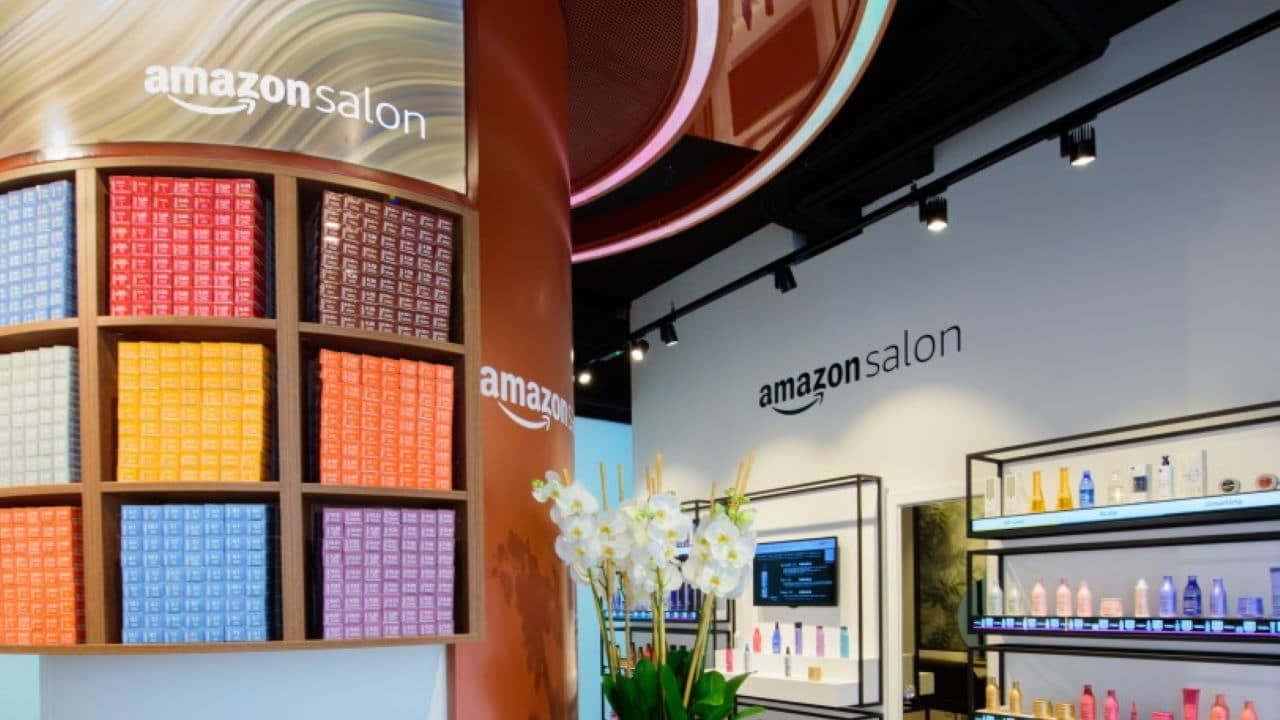 Amazon made an announcement that it is launching an Amazon Salon. It is the giant retailer’s first hair salon where the company is going to make trials of new technologies with the general public.  The salon will cover an area of over 1,500 sq. ft on Brushfield Street in London’s Spitalfields, where Amazon says it will initially be experimenting with the use of augmented reality (AR) and “point-and-learn” technology — the latter being a system that enables customers to point to products on a display shelf in order to learn more through videos and other content that then appears on a display screen. Subsequently, to order the products, the customers will have to scan the OR code on the shelf, which makes them land on the Amazon.co.uk shopping page for the item where they can add it to their cart and check out.

The salon’s AR technology for the time being will be used by the customers to experiment with their hair color by virtually trying them on before making a final commitment to a new shade.

Keeping aside its new arrival in AR technology, Amazon has already entered the convenience store market, grocery business, and other physical retail, where it’s innovating with new technologies like cashier-less checkout, smart grocery carts, and biometric systems. However, it’s not known whether Amazon actually has any plans to be in the salon business itself. Instead, it seems the salon will largely serve as a testing ground for new technologies that Amazon will likely want to sell to other retail clients in the future, or perhaps implement in its own stores. And in the case of AR, Amazon may want to gather data on customers’ experiences it can use on its own shopping site, too.

Though it has been hinted by the company itself that the salon business it undertook is an experiential venue where they wanted to showcase new products and technology, it has no other plans to open more salons at this time.

The company has not hired any new staff to run it long-term. Instead, it has recruited an existing salon owner, Elena Lavagni of Neville Hair & Beauty Salon, to help with this project. Lavagni and her team have previously provided hairdressing services for other events, like Paris Fashion Week and the Cannes Film Festival.

Amazon has not disclosed what sort of data it will collect from customers who use the salon, but it’s clearly there to learn about how new retail technologies would work in a real-world environment. Like other Amazon physical stores, the salon will first be open to Amazon employees only before offering bookings to the wider public in the weeks to come.