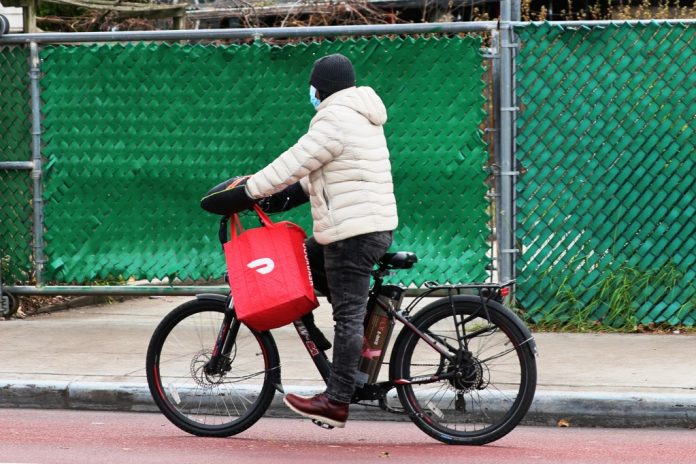 The DoorDash Shares reported a rise of upto 10% on Thursday. The shares rose after the people placed the orders. The reported earnings of this delivery company was 369 million. It increases 35% year over year. It closed at 361 million last year. DoorDash beats on the revenues in the fourth quarter.

Pandemic has given the rise of increase online orders. The gross order expanded 36% year over year. It currently sits at $11.2 billion. The Wall Street Projected $10.6 billion.

The company benefitted from the stay-at-home trend. With indoor dining becoming relevant, the delivery companies gained a lot. There was no slow momentum. The projected marketplace is to be in the range of $48 billion and $50 billion.

Deepak Mathivanan is a Wolfe Research analyst. He explained the underlying demand for DoorDash. The real player remained steady even after the normalization. Consumers have to build a habit of ordering. The increase in orders is definitely part of that initiative.

JPMorgan analyst states that “We believe DASH’s investments in growth opportunities — new verticals, services, and “geos”—being funded by profit from its core U.S. restaurant marketplace should be well received in a rising rate environment.”

The company is progressing in scaling several initiatives. The fourth-quarter adjusted EBITDA was light. EBITDA stands for earnings before interest, taxes, depreciation, and amortization.

The company is investing in expansion. It aims to bring innovation in the other categories. The focus is to shift to the international market. The company bringing this evolution believes in surging the DoorDash shares even more.

The company even gave full-year guidance. It is expecting to move ahead in the food delivery. DoorDash will surely hold the ground after the government eased Covid-19 policies.