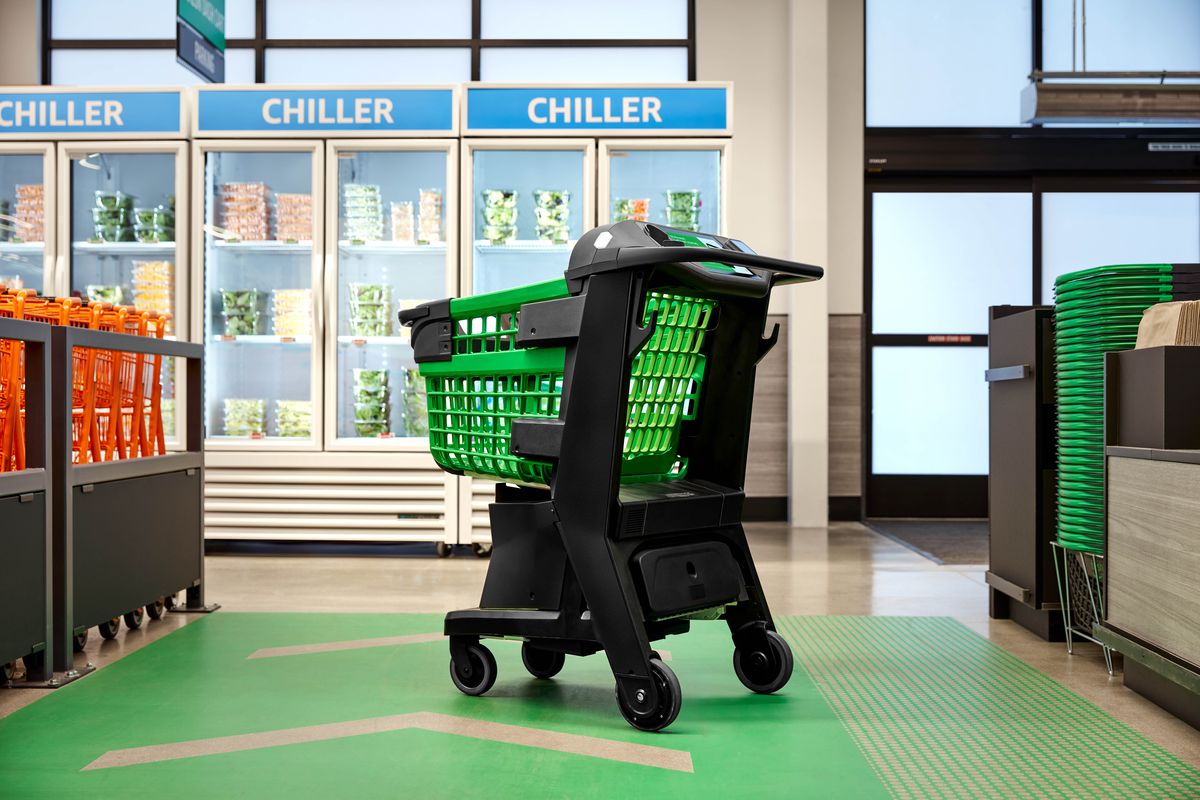 Amazon is in the process of launching a new and improved cure for people fed up with standing in long supermarket lines: it’s a smart shopping cart that uses cameras, sensors, and a scale to automatically detect what all shoppers put in their baskets.

The cart, which Amazon unveiled on Tuesday,  keeps a tally of all the above and then charges the shoppers their Amazon account when they leave the store.

The best part is: No more long queues and no cashier is needed.

It’s the latest attempt by Amazon to shake up the supermarket industry and offer a solution to long cumbersome waiting lines. Amazon opened this cashier-less supermarket in Seattle that uses cameras and sensors in the ceiling to track what shoppers put in their bags and charge them at the time of leaving.

The cart, called Amazon Dash Cart, will first show up at a new Los Angeles supermarket Amazon is opening later this year. Although the store will have cashiers, yet  Amazon said it wanted to give shoppers a way to bypass any lines.

For the future, this technology could be used at Amazon’s Whole Foods grocery chain or other stores, if Amazon sells the technology, but there are no plans for either right now.

Many startups are already making similar smart shopping carts that are testing them in stores, but many require scanning groceries before dropping them in. However, there’s no scanning on the Amazon cart.

A screen near the handle lists what’s being charged, and the cart can detect when something is taken out and have it removed from the bill. The interesting part is that there’s also a way to let the cart know if you need to throw your purse or jacket in it, so you don’t have to carry it while shopping.