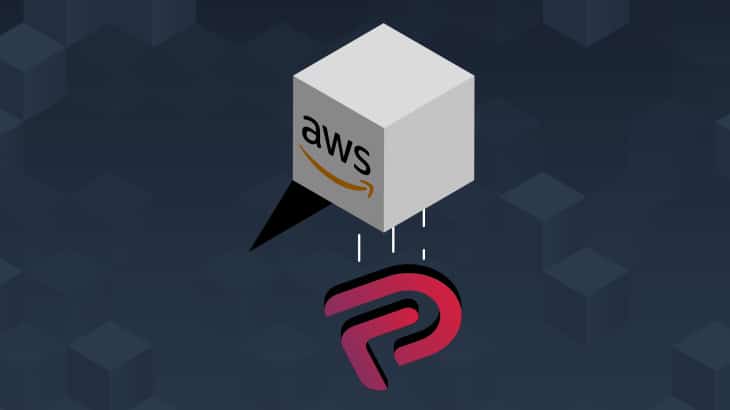 In a tweet on Saturday, employee advocacy group Amazon Employees for Climate Justice said Amazon Web Services should “deny Parler services until it removes posts inciting violence, including at the Presidential inauguration.” AWS provides cloud services to Parler that host its website. “We cannot be complicit in more bloodshed and violent attacks on our democracy,” Amazon employees wrote in a tweet. 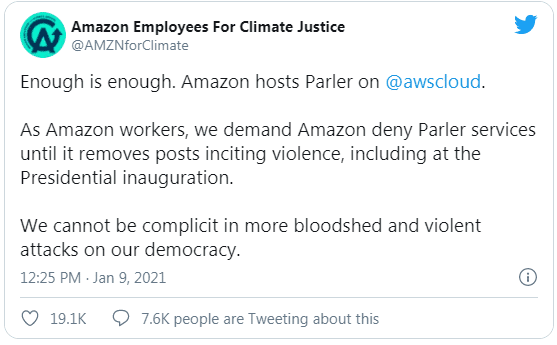 The reason Amazon Web Services (AWS) declared for putting an end to the services was the violence it posts on the site and that it did not believe Parler had any process in place to get them back on track. “Because Parler cannot comply with our terms of service and poses a very real risk to public safety, we plan to suspend Parler’s account effective Sunday, January 10th, at 11:59 PM PST,” the company’s trust and safety team wrote in a letter to Parler.

The suspension would take effect on Sunday at 11:59 PM PST. This decision would mean that if Parler is not able to allocate a new cloud provider by Sunday night, the site will go offline for users.

Amazon is not the only company to cut ties with Parler in the wake of the deadly U.S. Capitol riot. Google on Friday removed Parler from its app store for Android users, Google Play Store. BuzzFeed News reported on Friday that Apple has threatened to pull Parler from its App Store.

Parler, founded by John Matz in 2018, has been in the spotlight in the past several days by acting as Trump’s allies since the platforms like Twitter and Facebook denied spreading any propaganda and tightened their moderation policies. Screenshots show posts on Parler—known as parleys— calling for Vice President Mike Pence to face a firing squad, and encouraging “Patriots” to return to Washington D.C. on January 19th with weapons.

AWS’s acceptable use policy states that it prohibits customers from using its services “for any illegal, harmful, fraudulent, infringing or offensive use.” Hence, Parler has been denied the services from the latest tech giant.