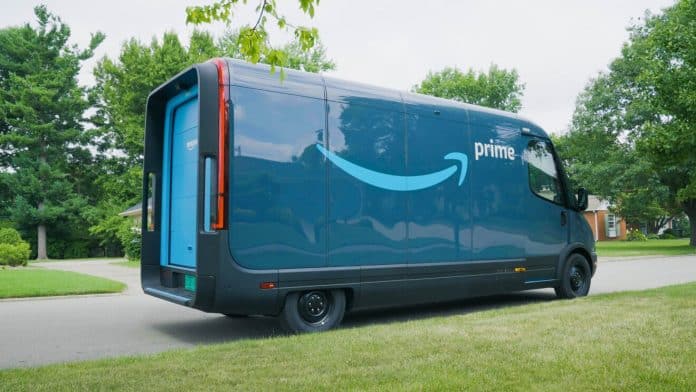 Amazon’s goal of reducing carbon emissions in its last-mile package delivery services is moving forward as it has started to utilize the Rivian electric vans in many cities.

Jeff Bezos, Amazon founder and then CEO, declared to the National Press Club in September 2019 their decision to buy 100,000 EDV’s (Electronic Delivery Vehicles) from a startup called Rivian Automotive.

Amazon began its electric vehicle trial in October of 2020, and by 2021 it expanded the testing to many cities. At present, Amazon is using customized electronic vans for its last stretch of package delivery services in many cities across the US, like St. Louis, Dallas, Phoenix, Kansas City, Chicago, Tennessee, San Diego, Nashville, and many other cities.

Amazon aims to fully utilize almost thousands of electric vans in nearly hundreds of cities by the end of 2022, thereby putting to use 100,000 electric vans by 2030 or 2040.

The electronic vans faced some issues when they were on trial in November of 2021. The drivers who operated the vehicles reported fast drainage of the battery when the heating or cooling systems were used. Reportedly, the batteries of the vehicles also took nearly an hour to charge. But it seems to be completely sufficient while operating on certain routes, as the vehicle has a 150-mile range and there are charging stations in delivery storage areas.

Amazon’s primary focus is to have a positive impact on climate change by putting a stop to using fossil fuels and using alternative environmentally friendly power sources. As the range of package delivery services Amazon is enormous, they give contracts to specific companies for easier services.

But these companies use vehicles that are powered by fossil fuels. Hence, through research and trial, Amazon is collaborating with many like-minded companies who also focus on reducing the impact that fossil fuels have on the environment.

Inflation to blame as Amazon Prime membership fees increased by 43%