Alibaba rises in Europe and leaves Amazon behind in 1 region 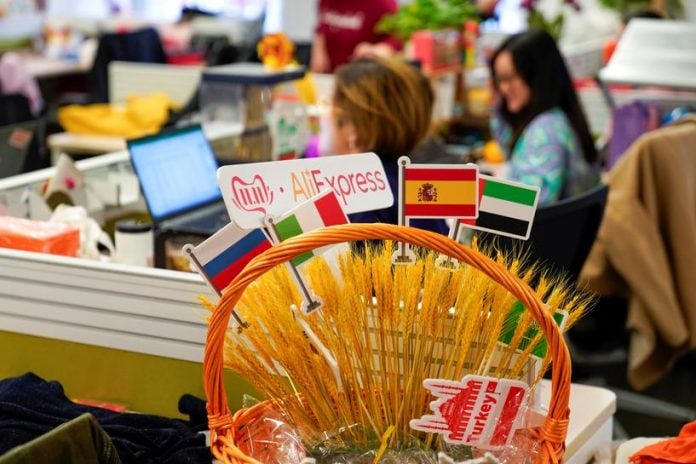 Alibaba is now investing further in Europe for Singles Day. This Chinese tech giant is now competing with Amazon to explore the eCommerce market of Europe.

Alibaba remained among one of the top three online sellers for consumer goods in the areas of eastern Europe in the last year. Amazon was not in the list of top 10 for the region that includes nations like the Czech Republic and Poland.

Amazon, as of now, is the top seller in western Europe. It includes regions like Spain, France as per the data of Euromonitor. But Amazon’s market share in the region has not grown during the time of the pandemic. It will remain at 19.3% in 2020. On the other hand, the market share of Alibaba has increased up to 2.9% in 2020, which is up by 2% from last year. Alibaba is holding first place in the eCommerce market of 2019 in eastern Europe. However, the Polish online site Allegro is also obtaining first place in 20220 during the time of the pandemic. On the other hand, Russian rival Wildberries took second place, which pushed Alibaba to the third position.

The competition is taking place as online shopping in this region of Europe has not gotten another lift this year. The policies to stay home and social distance remain in place for months. There are many controls over the operation to beat the wave of the Covid infection.

NielsenIQ said in a report that it is time for the next stage of eCommerce growth in Europe. For fast-moving consumer goods, there is a category that includes personal care, food, beverages, and home care. The eCommerce sales for those goods have grown double in Italy and Spain. Alibaba is very interested in riding the wave for growth. It had announced different business units for its expansion in Europe.

The shopping event of Single day is getting a spearhead from Alibaba in Chi. Singles day, also popular with Double11 since it falls on the 11th day for the a11th month of the year.

In recent years Alibaba has also promoted the festival of shopping overseas with its website called AliExpress. This platform connects Chinese sellers with world buyers, which allows them to opt for foreign business.

Not only the AliExpress of Alibaba wants to sell to the consumers of Europe, but also it wants to involve the local merchants in selling. Li, the head of AliExpress Supply Chain, said many businesses further prefer to work with multiple eCommerce sites instead of AliExpress alone.

On the other hand, the small and medium-sized merchants will also like to build their brand on the platforms and even on their sites. Thus AliExpress is more of a third-party role through the selling of logistics and service for store management.

“In general, I think there’s lots of learning from China in terms of, how do you think about e-commerce,” Jonathan Cheng, partner at Bain & Company and leader of the firm’s Greater China Retail practice, said on a call with reporters Wednesday. “We would argue that China’s absolutely at the forefront in terms of customer operations, and marketing and also in effectiveness and all that.” Hence it is not unclear why Alibaba is growing at a rapid pace.

“Double 11 is going to be a great way for a lot of these companies as they start to grow. It’s a great way for you to go acquire customers,” Cheng said, declining to comment specifically on Europe. “Amazon did a very similar thing.”

But he has further noted that after years of huge growth in the number of customers, a company like Alibaba will need to think more about retaining them. It will further help in earning profits.