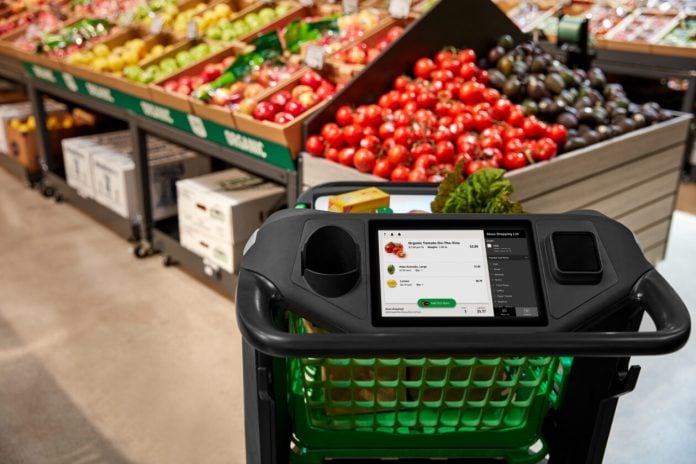 Smart grocery carts will add great value to the shopping experience. The buyers will no longer have to stand in long queues to get their products tallied. Instead, the products will automatically get tracked as soon as placed in the cart. Amazon also launched the Dash cart in September 2020. It was in the Fresh grocery stores.

The cart will function on Amazon’s Just Walk Out technology. It is a cashier-less technology functioning by deploying Amazon Go convenience stores. The combination of computer vision and sensors is another factor for identifying the removal of the item. The sensors work just fine as the products are also placed in the cart.

The shopper can also add or remove the item, and the price in the smart grocery cart will update itself. This also gives a shopper a fair idea of how to automatically charge their credit card. The display of technology to Whole Foods become Amazon’s way to expand their business. It offers add-in comfort and the elimination of standing in a long queue. The shoppers will be able to exit the market via a special lane. They can even charge their credit card in the line.

With this new smart grocery cart, Amazon will also launch a much more advanced version of Dash Cart. We will see a debut of the same in the Massachusetts Whole Food store. The launch will be in other places, including some famous fresh grocery locations.

The cart will fit four grocery bags easily. It will easily fit in the lower-shelf oversized products too. In addition, the cart features a weather-resistant way to drop off groceries in the buyer’s car.

Study reveals whether customers spend more on Amazon and Walmart

Lead of Amazon in Consumer Discretionary Spend is unchallenged